For your consideration: The Kross Studio Lotus Tourbillon 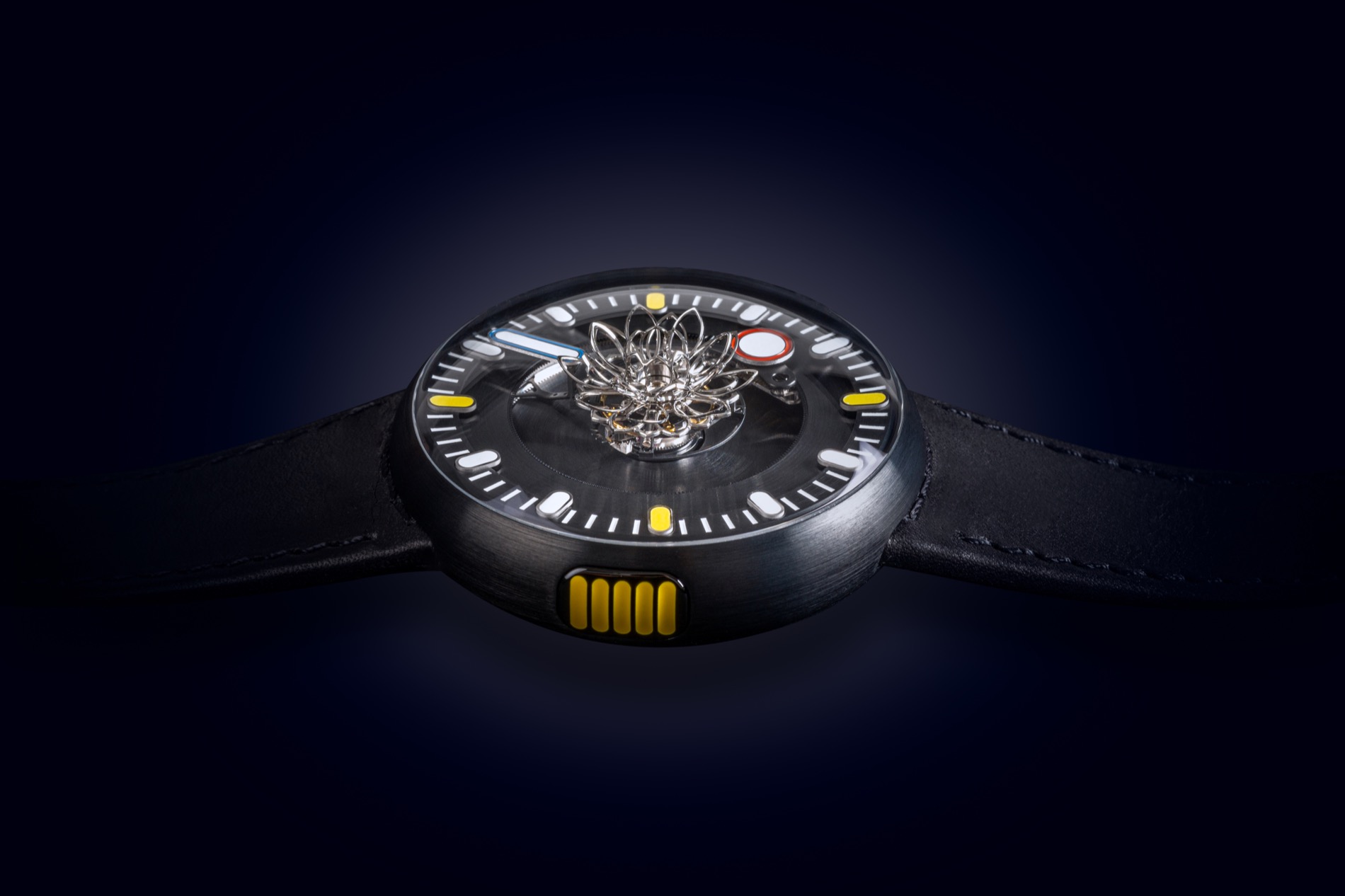 I know, I know – we’ve been having a string of these “FYC” articles as of late. Part of it is due to, well, that’s what brands are releasing, and part of it is me working through a backlog of release info that’s come in over the last few months. While there’s no doubt of the watch-making chops in this particular tourbillon, there’s an addiitonal art/design aspect, as the Kross Studio Lotus Tourbillon was designed in partnership with Alain Silberstein.

Who is Alain Silberstein? Simply put, he’s an architect and designer who began making his own watches in the late 80s. Now, his watches are notable for the iconic handsets that seem to show up; I became aware of Silberstein’s impact on watches via fellow watch writer Justin Mastine-Frost (for example). Now, for the Kross Studio Lotus Tourbillon, that handset doesn’t appear, though the colors are definitely there, as are the geometric shapes he seems to be fond of.

That color and shape shows up on the push button on the side of the Kross Studio Lotus Tourbillon, which is how the time is set, just as we’ve seen on prior Kross toubillon watches. Likewise, the embedded D-ring on the caseback is how the watch is wound. What’s less geometric – and less like what we’ve seen before – is the wireframe lotus that appears on the tourbillon, rotating around and catching the light.

In the end, the Kross Studio Lotus Tourbillon is simultaneously reflecting the darkness of this current decade, the whimsy of what I consider the 60s, and a sort of futurism with the elongated marks that look as if to glow with the brighter colors. In other words, a study in contrasts. This piece of mechanical art (of which there will only be 18 made) can be yours for the price of $80,000, directly from kross-studio.ch

Send up the signal: The Batman X Kross Studio has arrived