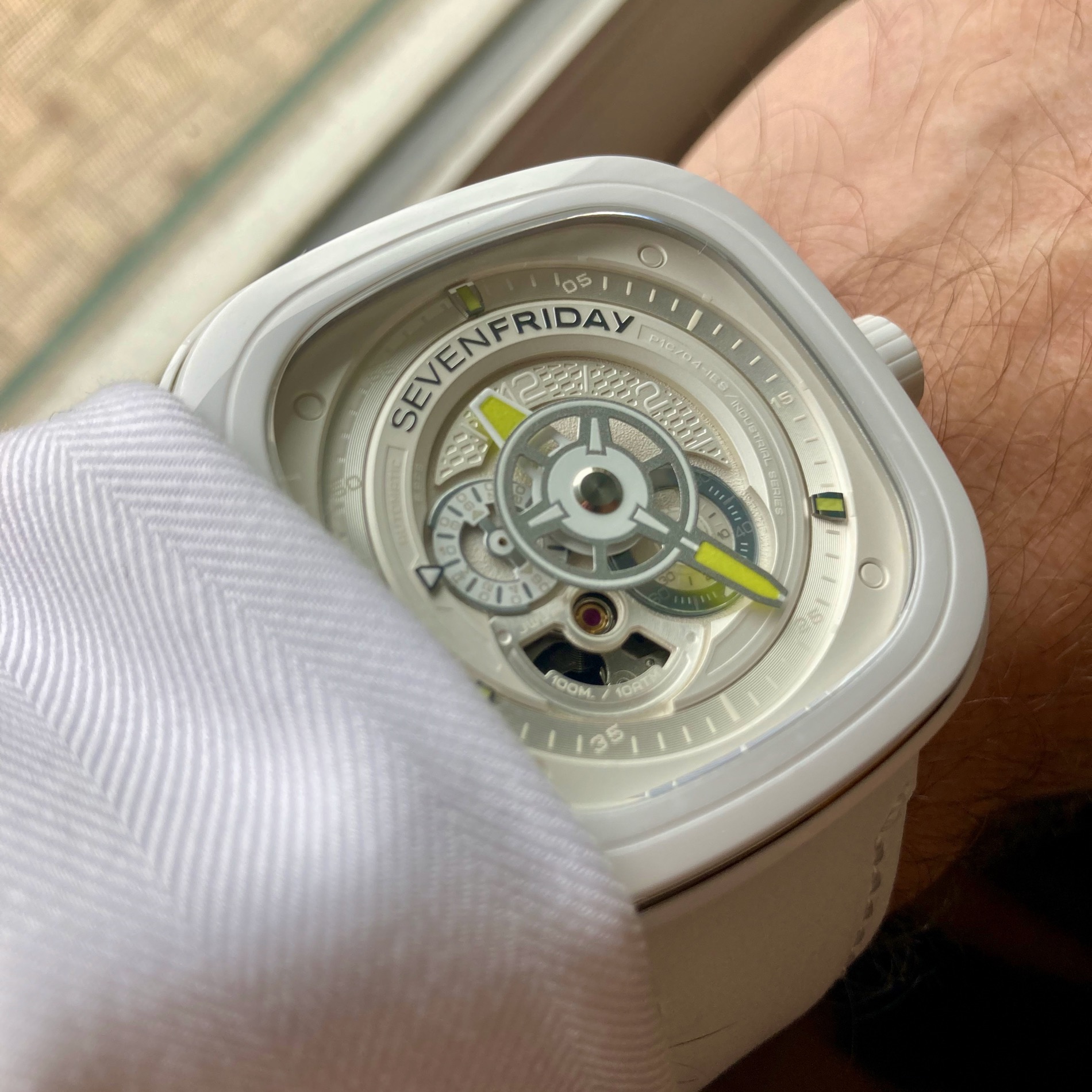 While I was fairly certain I had reviewed a SevenFriday before, it took some digging. Turns out, it’s been over eight years! Since then, the brand has kept on producing their watches, hewing closely to that formula that we first saw 8+ years ago, not that long after the brand started out. Still, when we had a chance to get a loaner in of their latest – the SevenFriday Caipi – it was easy to say yes.

Obviously, the SevenFriday Caipi is a very bright look – one that was inspired by the drink caipirinha. That light and bright drink – along with it’s lime garnish – makes for the very obvious visual cues on the watch. It also puts one in mind of warmer weather, which is long gone here in the northern hemisphere. Then again, it’s picking up for Brazil, where that drink calls home, so perhaps it’s a bit of serendipity.

Now, I will be the first to admit that the SevenFriday Caipi is not going to be for everyone. In fact, one of my friends who I’d say tends towards more of a “classic” aesthetic stated that he hoped I absolutely destroyed the watch (with my words, not a hammer) in the review. Obviously, for him, this was not a watch of interest. I look at it as the brand fully embracing the fact that they’ve got a rather modern watch design. Sure, they’ve been doing it for 8 years, but it breaks out of the classic circular mode (even with plenty of circles to be found). By wrapping the whole thing in white ceramic and popping a bright white leather strap on it, this is a watch that shouts out to be noticed.

And, I don’t know – all that shiny white seems to put me in the mindset of, yeah, the SevenFriday Caipi is a modern, almost futuristic watch. Perhaps it’s reading all that scifi as a kid that put me in mind of sterile white-clad environments in which folks explored space. Or maybe it’s Storm Trooper armor, who knows? Whatever the reason, it puts me in mind of futuristic modernity.

In terms of the overall design, though, the SevenFriday Caipi is what we’ve seen for some time now from the brand. You’ve got the large cog-and-propeller handset, some additional animated circles letting you know things are running, and a small open window through to the balance wheel of the Miyota movement inside (the same they’ve been using all along, I believe).

Flip the watch over, and you’ve got all the technical details of the SevenFriday Caipi, and again some reminders of what would look like a dashboard on a spaceship (then again, could just be me). Rather than a view of the movement as you might expect, you’ve got yourself a slice of lime.

Prices have gone up since we first looked at SevenFriday, and doing ceramic up isn’t cheap (as we’ve seen), so it’s not a surprise that the SevenFriday Caipi is coming in at $1,550. As I said up above, this is definitely not a watch for everyone, but somehow it’s become my favorite of the various options the brand has on tap. Puts one in mind of kicking back in the sun with a cold drink and a straw hat clapped on your head, perhaps relaxing in the hammock or something of that sort. Or, if you prefer, rocketing off into the far reaches of the galaxy. If either of those work for you, you can see it all over at sevenfriday.com