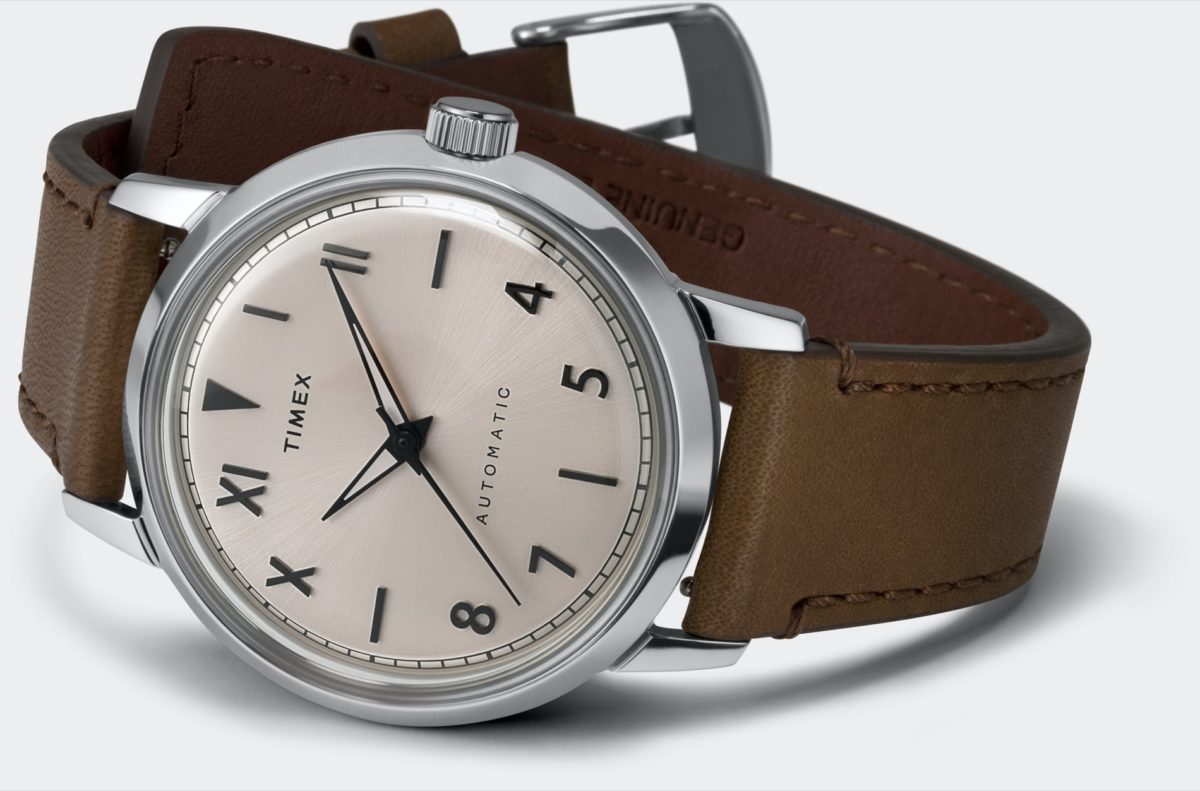 You know who we really have not covered in a LONG time? Timex, that’s who. Sure, we’ve covered some of their Todd Snyder releases, but they tend to get short shrift, which is a shame. Partly due to just how pervasive they are in watches, and partly due to the fact that’ve had some really sharp designs coming out. One of the newest – announced this month – is the Timex Marlin California.

First off, for those not familiar with the term – a California dial is one that has Roman numerals on the top half, and Arabic numerals on the lower half. It got this name (it appears) because there was a company in California fitting these dials to Rolex watches back in the day. Rolex, along with Panerai, are the brands most closely associated with the dial. For a deeper dive into the history of the dial, check out this thread over on WUS.

What Timex has done here is started with their very nice automatic-powered Marlin, and placed one of these California dials on it (in one of two shades). With this dial, in it’s sunray finish, you’ve got something that could be quite casual (see the one on the brown strap) or one that is much, much dressier (the black dial with the gold-tone case).

Frankly, it’s an interesting look, and the fact that you can get a Timex Marlin California for just $249 (reminder – it’s an automatic movement) seems almost like a steal. So, yeah, we’re a bit smitten by the watch. And, as it turns out, we’ve got a loaner coming in, so we’ll be able to give you some hands-on thoughts very soon). timex.com