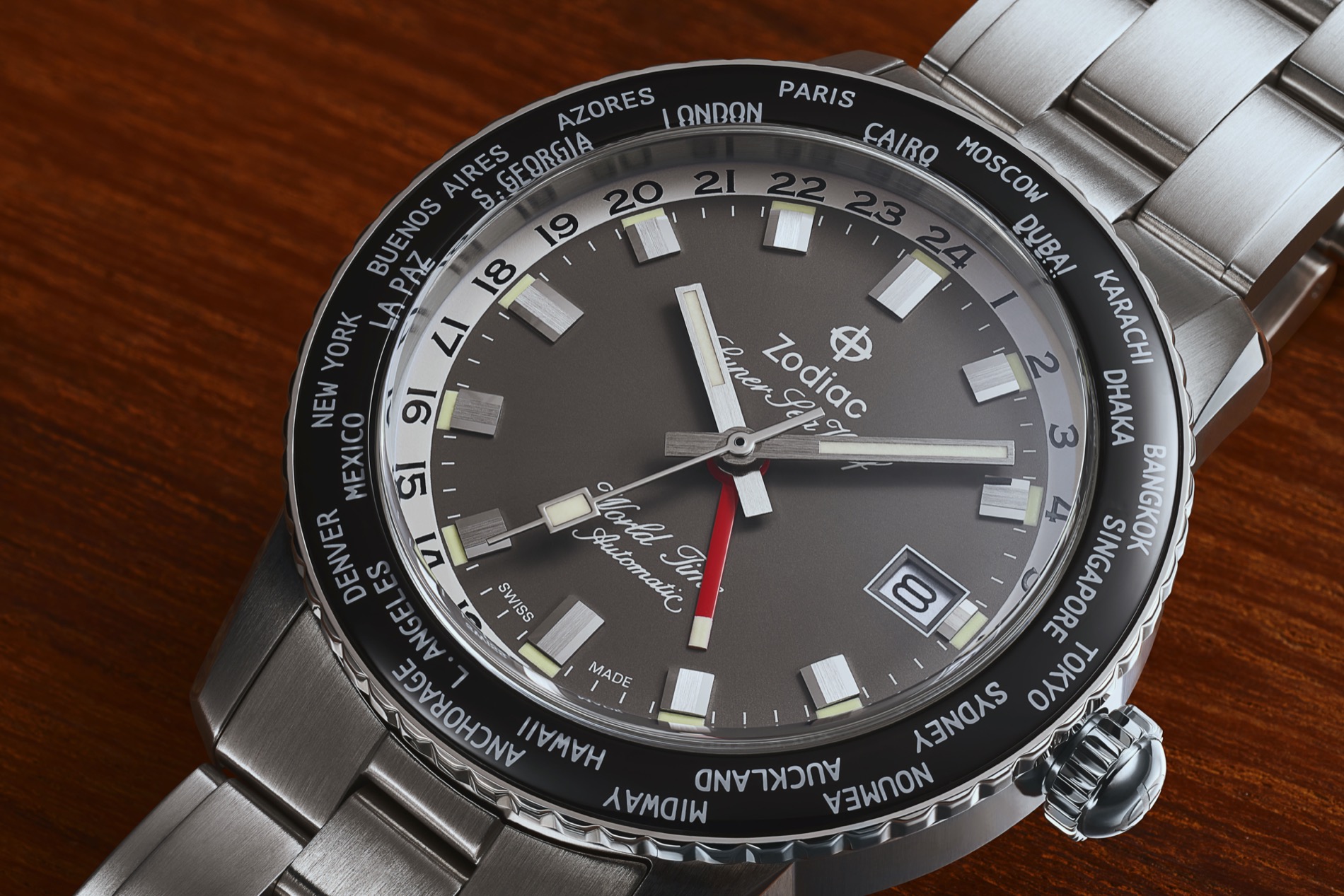 I’ve been an interested observer of the Zodiac Super Sea Wolf line up, from when I first reviewed one (seen here), to them introducing a GMT movement into the lineup (I still really like the one I’m calling the G+T edition). Now, if you’re not a fan of all the bright colors, and want to present yourself as “serious world traveller person”, then perhaps the just-announced Zodiac Super Sea Wolf World Time is where you want to look.

By and large, the Zodiac Super Sea Wolf World Time looks largely similar to prior GMT-equipped models that we’ve seen before (and as a matter of fact, that’s where I pulled most of the tech specs down below from – a prior model). The dial has been reconfigured, however, moving the 24-hour time scale onto the chapter ring, rather than having it printed on the exterior bezel of the watch.

On that bezel, then, you’ve got the world cities printed. This is sort of a hybrid way of doing a world timer, from watches I’ve seen and written about. I mean, you’ve still got the 24-hour scale (which is what I prize and use, given our servers running on UTC), yet here you can swing things around to track the city that you’re interested in. These are your standard on-the-hour cities, so if you’re looking for something in, say, India, you’re out of luck. However, this does mean that the clever planner could actually end up tracking three time zones if you wanted. Local time on the handset, your second time zone (perhaps UTC) on the inner chapter ring, and then swing the city bezel around to line things up to the city you’re most interested in (and really, that means the other cities should be bang on as well).

For myself, while I like a GMT complication, actual world-timer watches are something I’ve just not been as drawn to. However, if you are (or are getting back to being) a globe-trotter, or even just deal with multiple time zones all at once, a tool like the Zodiac Super Sea Wolf World Time could come in handy. As with their prior GMT-equipped releases, this one comes in at $1,795, in either a silver dial with red bezel, or a dark argent dial with black bezel. zodiacwatches.com

140 years of Zodiac means a Super Sea Wolf in ceramic