Kickstarting Military Watches From Another Era 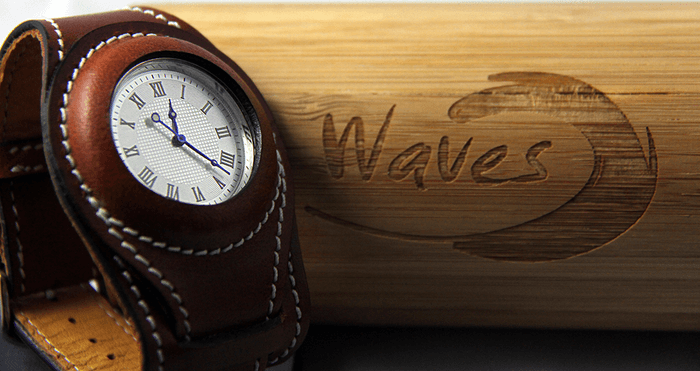 Over the weekend, I wrote about the history of the B10 (aka NATO) strap. While the nylon B10 has become almost a paragon of minimalism when it comes to watch straps, there’s another style that has military ties (just like the B10), but goes in almost the exact opposite direction, stylistically. That style is known as the “wristlet” – read on to learn more about this recently-launched Kickstarter project.

This project is being brought to life by the folks over at Waves Design Studio, and they’re hoping to revive a style that first saw the light over 100 years ago. As we’ve written before, at that time, pocket watches ruled the day, and wearing a watch on the wrist was something viewed as not being very masculine. Then a funny little thing happened – war – and men realized digging a watch out of a pocket in the trenches wasn’t the most efficient. Some folks opted for having lugs welded onto their watch cases. Others, however, wanted a simpler (and less destructive method) of attaching the pocket watch to their wrist. This led to the creation of what is basically a cup for the watch attached onto a one-piece strap.

In this modern example, we’re not inserting pocket watches. Instead, they’ve got one of two different Ronda quartz inserts. The larger (37mm) insert leads to a watch size of around 45mm, and the smaller one (32mm) leads to a watch that measures in at 37mm in total. This makes for a simple mens/womens split in the line, but I’m going to say the smaller watch would probably be just fine for men as well, especially given the visual bulk of the leather strap. For the straps themselves, they come in four different colors – light and dark brown, tan, and black. With the contrast stitching, the leather itself looks a little on the plain side, so time will tell how this material ages. While they don’t reveal who’s doing the actual manufacturing of the strap, they do let us know that the vegetable-tanned leather is coming from a tannery in England, so it should at least be of good quality.

Whether you like this particular design or not, you have to admit that it’s definitely a distinctive look, and very likely not one you’ve actually seen on someone’s wrist. With starting prices of under $100, this is a fairly affordable way to dip your toes in the waters of Kickstarter watches (if you haven’t already), especially if like a bulkier strap (if you want just the strap itself, you can pledge around $50 to get one without the movement).

As for me, I’m still undecided about the style. I have a feeling that this is one of those that I really can’t tell for sure unless I have it in hand (and yes, we’re working with Waves to see about getting one in). Even with that, I thought it was unique enough from the various projects that are popping up that it merited bringing it to your attention.

The project is currently open for funding, and closes out on February 24th, 2014.  As of the time of this writing, it’s already hit 1/3rd of it’s funding goal, so things are looking positive in these early stages. 2 thoughts on “Kickstarting Military Watches From Another Era”