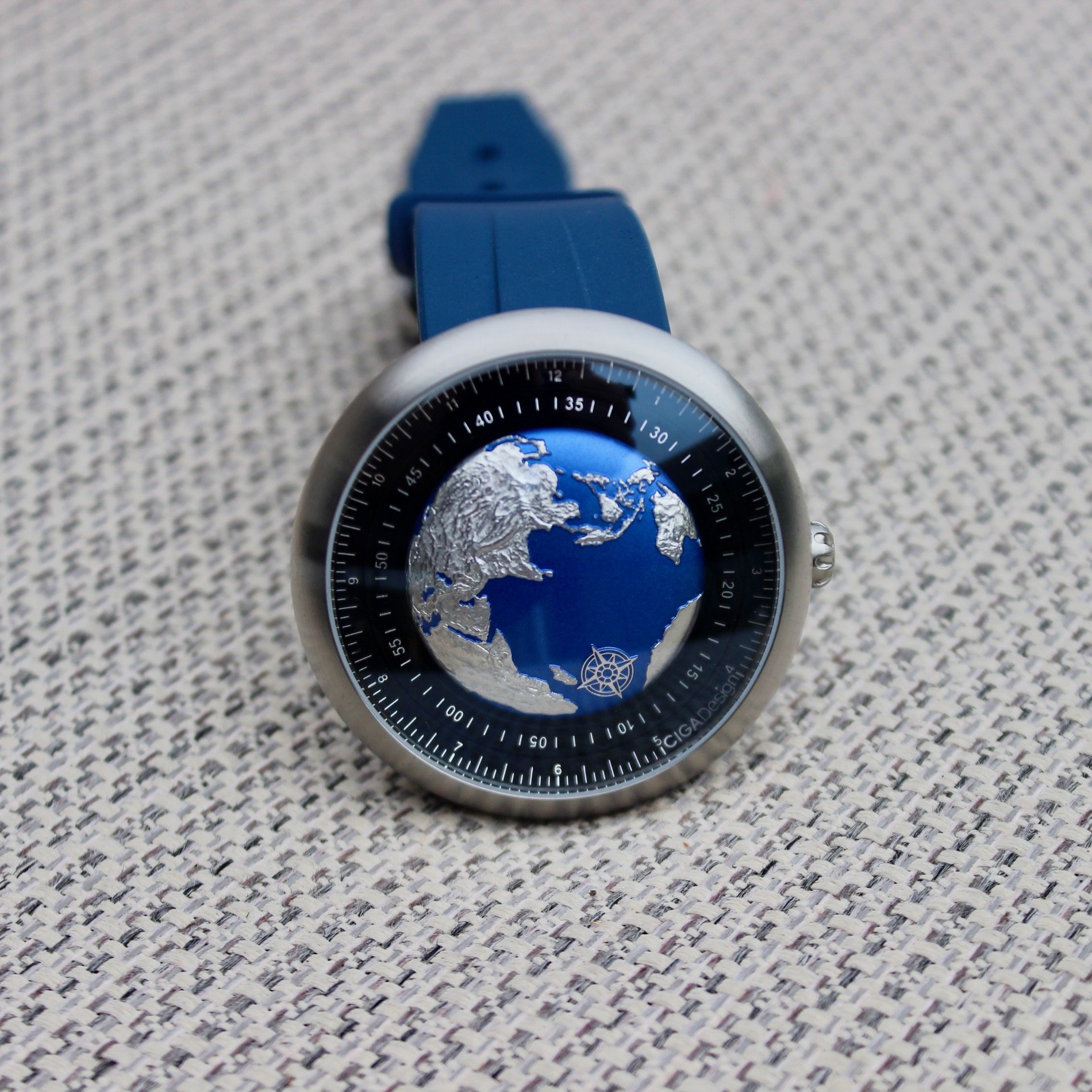 We’ve reviewed a number of different Ciga Design watches over the years, and they’ve not been afraid to take a different path to the design, giving us something rather unique, and often at a surprising pricepoint for what is being offered. Such is the setting we find ourselves in with the Ciga Designs Blue Planet.

As you can tell from the photos – and the name of the watch – the Ciga Designs Blue Planet features our world quite prominently on the dial. We’ve seen realistic globes show up on GMT watches, but this is the first one that I’ve handled that has the world as the dial AND the time indication. How does that work, you might ask?

The key is the map compass that’s on the dial of the Ciga Designs Blue Planet. At the point, it’s indicating both the hour and the minute. In the photo up above, you can see it’s indicating 5:15. They could have gone with a simpler single-handed indication, in that you just get the hours, and then approximate the minutes. Here, they went with some more complicated gearing to get that minutes track spinning around as well to get you the accurate time.

Now, I will say, while it’s technically quite cool, reading the time was something I found a bit tricky, at least with my eyes. Yes, if you treat it like a single-hander, that’s super easy to get the read as the hours are in the expected spots. If you want the exact minutes, though, then you’re dealing with the smaller minutes track. Again, it could just be my eyes, but it’s something worth calling out.

That one issue aside, the Ciga Designs Blue Planet is actually quite a lovely watch. With the case coming in at 46mm, you can really see a lot of the textures and engraving that they put into the map, and it does make a statement on the wrist. For the sizing, it’s not really a heavy watch, since the case is made of titanium (and if you want to save a few bucks, you can go for a steel case instead).

While the list prices are a few hundred bucks higher, the GPHG-awarded Ciga Designs Blue Planet can be picked up for $1,099 in titanium or $899 in steel. Where to pick it up? Over at Amazon, of course, and as well as direct from cigadesign.com