Introducing Vario Straps (and a giveaway!) 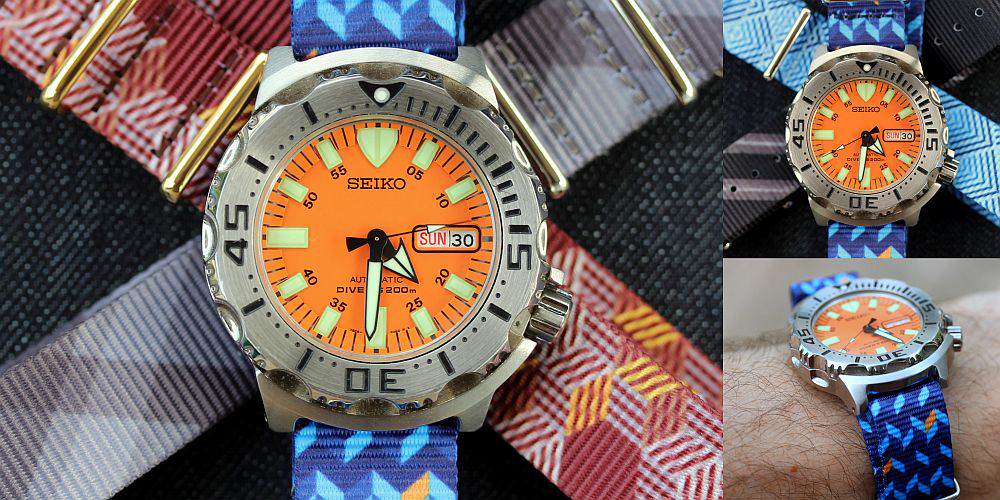 We have reviewed all manner of straps over the past few years, mostly focusing in on what is available in terms of custom leather options, and affordable (but still higher-end) two-piece straps. It’s not that we do not like NATO straps. That’s not the case at all, as we have certainly reviewed some in the past. It is just that there is such a wide variety of inexpensive ones out there, that we really do not need to cover them. When you can pick them up for under $10 apiece from your favorite outlet, do you really need a review? On the flip side, there are ones out there making something quite different, like Suigeneric, or the brand behind today’s review, Vario. When we first came across Vario, it was when they reached out to us in the midst of their Indiegogo campaign. While we were not able to get that launch covered, they did successfully hit their funding levels, which brings us to today. They’re still in a soft launch of sorts, but the straps are available on their site. So, why should you care about yet another strap option (in this case, made of Dacron) hitting the market? It is because of the designs that Vario is offering. Sure, they have some with the standard solid colors, but that’s just the starting point. Past those, they have quite a variety of heat-transferred patterns, with various hardware colors (polished, black, gold tone, etc) to match whatever look you’re going for. Oh, and G-Shock owners? You’re not left out either, as the brand offers adapters that will pop into the G-Shock lugs and allow you to slip the NATO strap into place. For purposes of our review, we were sent over five different straps to see some of the variety. Well, technically we were sent six, but the first one was a pre-production, so we had another come in in the same color pattern, and we could tell that the hues were indeed more vivid. In terms of testing the Vario straps out, well, that’s pretty simple. Pick a watch to pair it up with (in this case, the venerable Seiko Orange Monster), and wear it. For wearing, I went with the blue and orange (which is the pattern we had two of in) as it, color-wise, went well with the Orange Monster. In terms of feel, the Vario straps have a slightly papery feel – and sound, for that matter, when you run your finger over it. That’s not to say they are paper thin, no, it’s just the feel you get from them. It’s hard to put into words, but those who have handled straps like this will no doubt know what I mean. The strap itself has a very tight look (it’s not woven) and good edges. You’ll also be happy to know that the Vario straps are printed on both sides, so no matter which way you fold the loose end of the strap, you will still have the pattern. In terms of length, the Vario straps are among the shorter that I’ve had on my wrist. By that, I mean that there was just enough tail left to tuck into the third keeper, and no more. That’s on my 7.25″ wrist – so if you have bigger wrists, these may not be the straps for you. While wearing the Vario strap, things were pretty comfortable, and the watch was kept securely in place. Oh, of note for those who might be wondering about the printing – I did not experience any color bleed on to my wrist. I was not swimming or anything with the straps, but they do look to be pretty color-fast. In terms of what Vario has available, they have a pretty wide variety, and it would be simpler to check their site; the five we have pictured here are a representative sample. Pricing for the straps starts at around $26, with the G-Shock adapters adding another $10 or so. Not inexpensive, but not prohibitive either. For those inclined to pick up multiple straps, they do have some incentives as they’re gearing up. If you pick up two straps, you’ll get a watch pouch; buy three or more, and you get a watch roll (we did not handle either of these items). And, if you really like the Vario options, and pick up 4 or more, you’ll also get limited-edition (1 of 100) strap thrown in. While I don’t find myself wearing NATO straps all that often (I tend to not like the extra visual bulk of the folded-over end), I think that Vario is a good addition to the cornucopia of strap options out there. The patterns certainly add a good bit of visual pop to things, and will certainly change up a watch, be it something plainer, or bolder like the Orange Monster. While those who are used to the $10 and under strap options might find these spendy, I think they’re reasonably priced for what you’re picking up. Whether or not you agree, sound off below on who your favorite strap vendor is, NATO or otherwise. Then, once you’re done with that, head on over to the contest page to get your entry in for one of the five straps that we have in. That’s right, we’ll pick five winners, and then figure out who gets which one. Just be sure to comment below, as we will match the emails. Contest is limited to North America (to contain shipping costs), and will run for a week. Good luck! vario.sg

UPDATE:  Prefer your straps in a 2-piece style?  Well, then check out the brand’s new Indiegogo campaign that just launched a few days ago! 4 thoughts on “Introducing Vario Straps (and a giveaway!)”