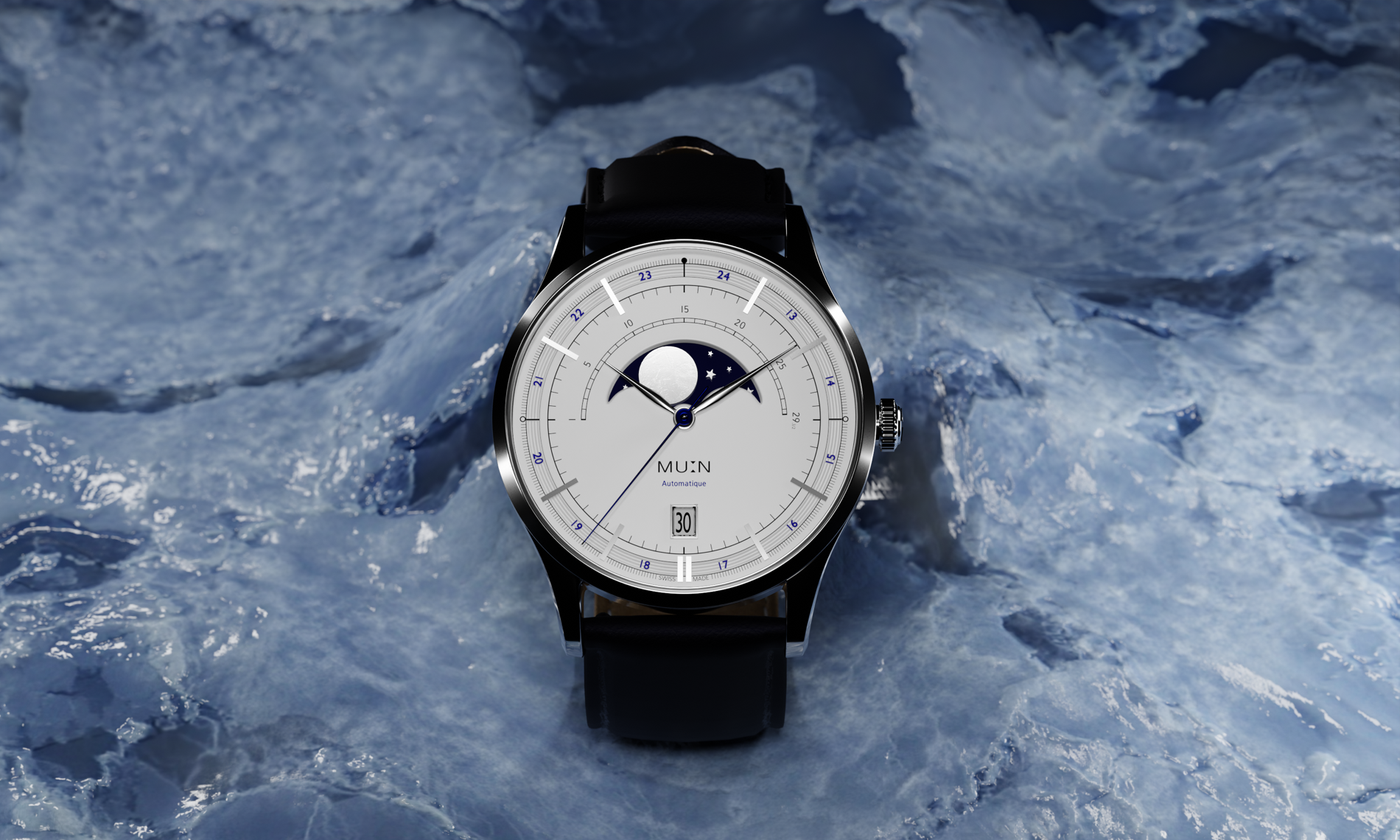 When it comes to watches that launch on Kickstarter, we’re used to seeing new brands start out in safer waters, with simpler three-handed designs, and a good number of steel dive watches. That’s not all there is to be had out there, though. This is quite well demonstrated by the Mu:n Hommage Edition, which brings a moon phase complication along for the project.

For Mu:n Watches, this journey actually started back in early 2021. They built and launched an online watch configurator, which saw 800 designs submitted. From those, Mu:n started designing the watch, and came up with five different versions. Through a series of votes and community feedback, the design was refined, and resulted in the watch design that was launched on Kickstarter today.

As part of this launch, there are actually three different lines being introduced:

The campaign for the Mu:n Moonphase watches just launched yesterday, and runs through mid-December. Earlybird pricing starts at 950 CHF (~ $956) for the automatics, and 290 CHF (~$291) for the smaller quartz model (and if you get there quick, there’s a Giveaway tier that’s even more discounted). And should you wonder about those prices, check out the campaign page, as they’re being quite transparent about what their profit margins are on the watches. Check it all out at Kickstarter or mun-watches.com