Who needs a flux capacitor when you’ve got the OVD Time Traveller II ? 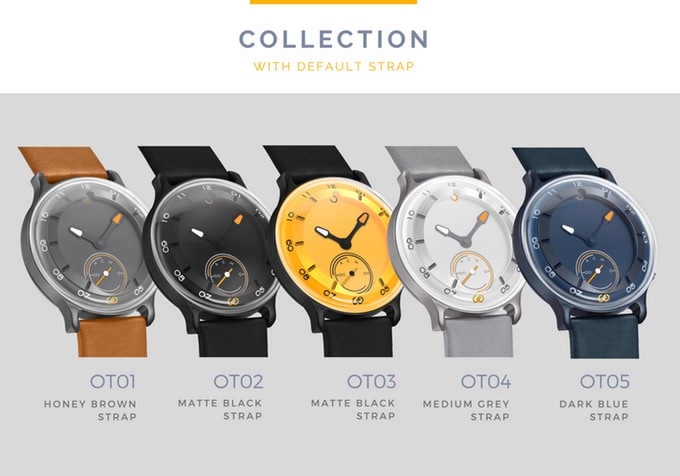 Some of the more interesting projects that we come across on Kickstarter come courtesy of other folks we know telling us about projects that they’ve decided to back. The most recent case of this is the watch we’re talking about today, which came to my attention courtesy of Ben over at Tempest Watch. Without further ado, let’s take a look at what makes the OVD Time Traveller II an interesting piece.

Now, if you check out the project page for the OVD Time Traveller II, you’ll see that there’s a backstory attached to the name of the watch. While a curiosity, that’s just more of the marketing angle. Sure, a good pitch catches the eye, but what’s going to make you want to sit down at the counter? A genuinely interesting watch.

On the surface, the OVD Time Traveller II looks like another clean, albeit a little funky, affordable watch, with hands that look like they were inspired by what Raven Watches uses. When you dive into the spec sheet, you realize – no, this is actually a hybrid watch. By that, I mean a traditional quartz movement (from Ronda) paired with another module from Ronda, called the Gearbox. That brings along a bluetooth radio, along with some other rather nifty functions, such as:

In other words, a fully-functional activity tracker built into a traditional-looking watch. We’ve seen this sort of approach in a dressier from Frederique Constant and sportier from Alpina. While those have their own merits, what the OVD Time Traveller II has going for it is it’s price. You see, you can pick up the OVD Time Traveller II for a very, very reasonable $240 (provided the super early bird tier is still available. If not, it “jumps” up to $253). This is super-sensible, and packages things in a look that is neither dressy nor sporty, nor quite as stark as the stuff Withings generated. It’s sort of it’s own beast, in terms of the style genre it ends up in, and I frankly find it quite lovely, especially with all of the colors available (anyone surprised I’m partial to the blue?)

The campaign for the OVD Time Traveller II is currently running on Kickstarter and is sitting (as of this writing) at 170% of it’s funding level (so, yes, this watch will quite likely be made). The campaign itself doesn’t warp up until July 21st – so you’ve got time to decide – with delivery anticipated for December 2019. For me, the OVD Time Traveller II is a great combination of traditional looks and modern technology wizardry, all wrapped up in a very affordable package. I’m sure this will be a smash for the brand, and we’ll see if we can’t get a loaner in for some hands-on impressions. ovd.com.hk