The G. Gerlach Kosmonaut – a Space Oddity for Today 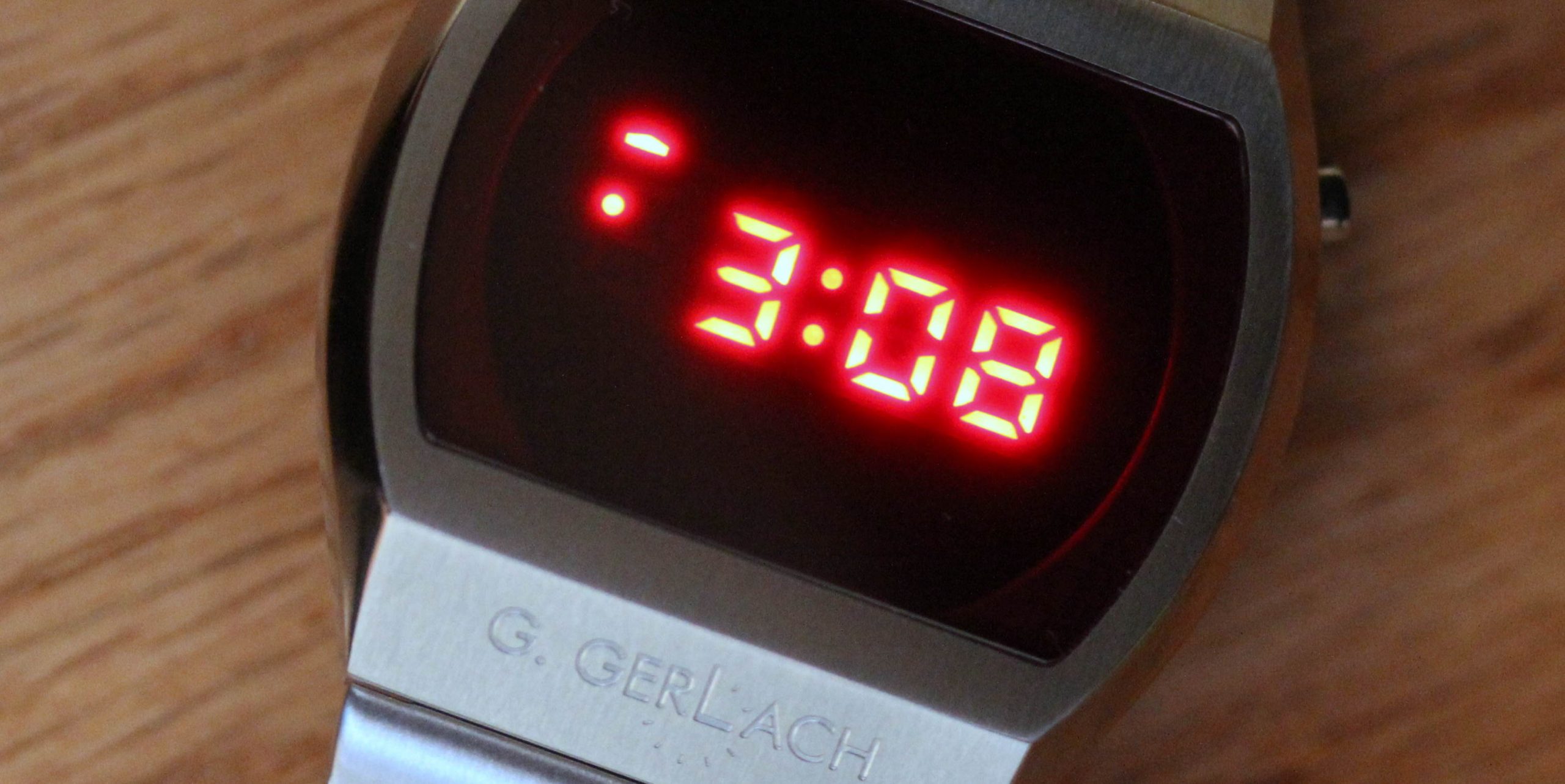 As Matt noted in his original writeup on the G. Gerlach Kosmonaut, this is indeed a watch that draws very heavily from the past.  Specifically, the first quartz watch made in Poland, and the one worn by Polish Kosmonaut, General Miroslaw Hermaszewski.  While I may not have traveled space, I could not help but to think of Major Tom as I wore the watch.  Let’s see what I thought of the piece after spending some time with it. First off, I have to admit I have some sort of odd on-again, off-again fixation with watches like the G. Gerlach Kosmonaut.  While I never had one when I was younger, I vividly remember playing (yes, playing) with an old calculator that had a similar display.  I have no idea what sort of crazy scenarios I was running in my mind, but I had a blast.  Somewhere in the last, oh, 20 years I had a sort of Fossil version of a watch like this, which was fun, but ultimately the appeal wore off. Then the G. Gerlach Kosmonaut arrived on my wrist, and I was that kid playing with the cool calculator again.  While I would not say that a watch like this is something I’d wear all day, every day, it is a fun change of pace.  Styling aside, this is primarily because it is very purpose-driven.  It tells you the time (well, and the date, but I never found myself making the second button press) and that’s it.  Even to do that you have to manually intervene.

That’s right – in the modern era of accelerometers (like we saw on the Division Furtive Type 40 and Type 50), the G. Gerlach Kosmonaut requires you to press a button to get the display to light up.  This makes the time-telling a conscious decision, and is a practical consideration to keep the battery from running down.  Which means, for most of the day, you could consider you have a large steel-and-sapphire (from the crystal) bracelet on your wrist. While my personal tastes in watches do tend to skew to the more traditional, I have a special place reserved for watches that are inspired from vintage designs and/or make a quirkier statement (provided they can still tell the time clearly).  Then again, the G. Gerlach Kosmonaut also stirs up the kid in me (or least the memories), so there are a lot of positives going for me with a watch like this. If I am being objective, however, I have to admit that all is not perfect with the G. Gerlach Kosmonaut.  The biggest drawback to this watch, for me, is the bracelet.  It’s a nice-enough bracelet, but I found that it had bigger gaps in the links than I’d prefer, and at the solid lug (see the photo above).  If you take a look at our original article, you’ll notice more of an engineer-style bracelet, which while perhaps not as thematically correct, just seems to look better. The other issue worth noting on the G. Gerlach Kosmonaut is really not a shortcoming of the watch, per se, but of the display technology itself.  Basically, if you are in a bright enough light (say, full sun) it can be difficult to read the time – the segments can’t light up enough to overcome the rays bouncing around in the crystal.  This is much less pronounced that I remember it being on that Fossil I had years back, but it is worth noting. Then again, those are the issues that cropped up only when I stopped to think more critically about it.  When I was wearing the watch in day-to-day situations, I really did not have a problem with either item.  I found the watch eminently wearable (the case is 40mm, on 20mm lugs) and weighs a reasonable 138g after I adjusted it (with all links, it’s closer to 150g).  Oh, and speaking of daily utility, the 100m WR is a definite upgrade over the original (as is the sapphire crystal). Also of note, from the earlier model we wrote about, is that the caseback has been modified.  The General’s likeness has been removed (as is Sputnik), and instead we have a more generic space suit showing up (albeit with Polska markings).  Ultimately, this is one of those watches I think that you either get or you don’t.  For some, perhaps it’s the draw to having had a watch like this (or a calculator), or perhaps coming of age in the era of space races this watch hails from.  Whatever your reason, if this is a watch that pressurizes your space suit, you can pick one up for around $200.  Some might balk at that pricetag for a digital watch, but for me, I think its in a very affordable sweetspot for nostalgia.  gerlach.org.pl