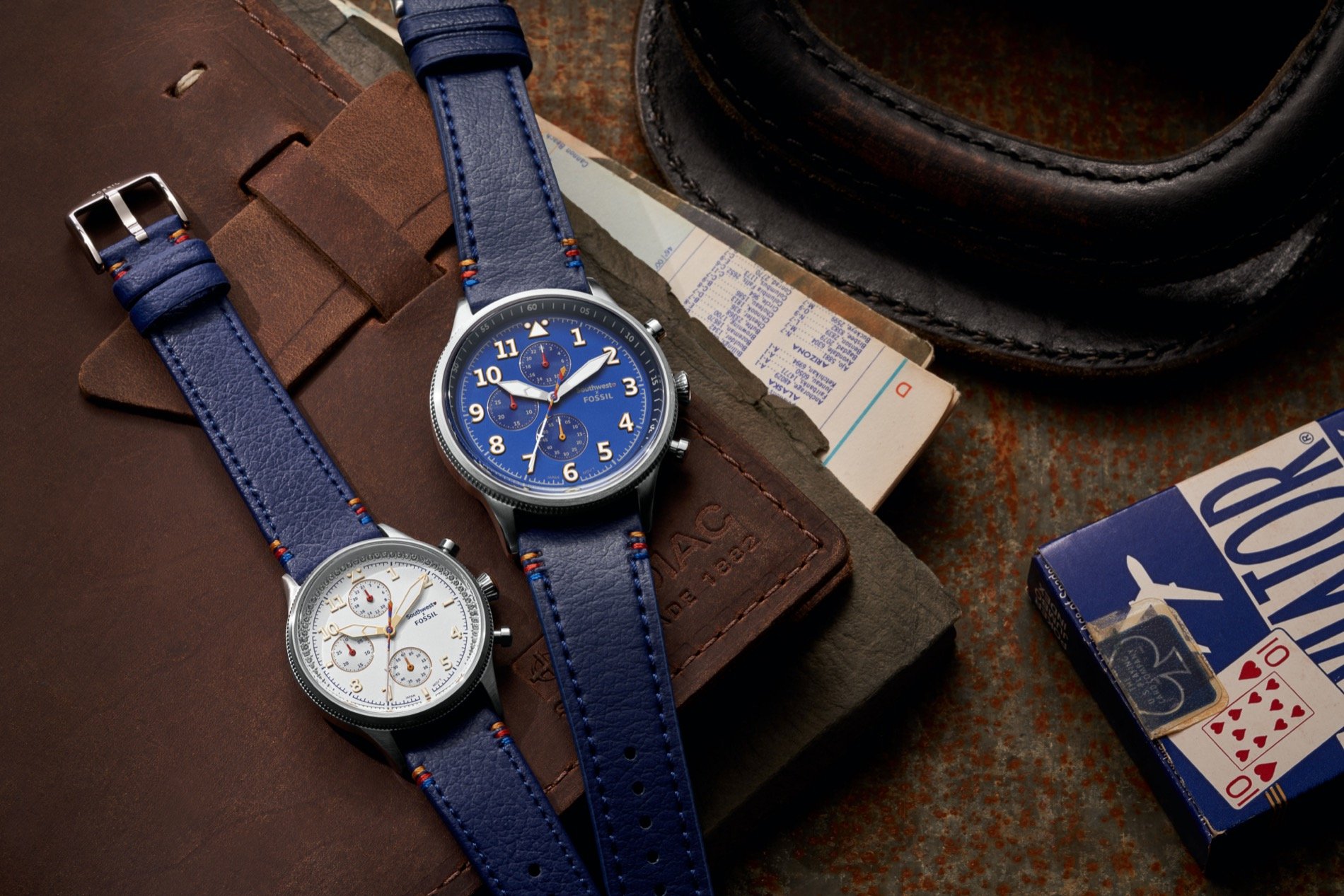 This seems to be the summer of collaborations, as we’ve seen between watches and streetwear brands and movie releases. Now that some travel seems to be picking up a little bit, it sort of makes sense that we’d see an airline collaboration. In honor of their 50th anniversary, Southwest Airlines has teamed up with Fossil (they both call Dallas, TX home) to creae the Fossil X Southwest collaboration.

For theFossil X Southwest, there are two watches – a 44mm and a 36mm (the size to fit your wrist or tastes, we’re not uselessly gendering these) and two dial colors, blue (which appears tied to the 44) or white (on the 36). Regardless of the case size, you’ve got a quartz chronograph inside. On the dial, you’ve got some aviation-inspired elements, including the dotted triangle, numerals that also look at home on a flieger, and font that Southwest uses.

I mean, aside from any of the branding, theFossil X Southwest does look like it’s echoing pilot chronograph designs that we’re familiar with. Of course, we do have plenty of branding. Along with the font, we’ve got the Southwest color scheme accenting the dial, as well as showing up on the crown and the contrast stitching on the strap.

Speaking of that strap – it leverages material taken from seats that once were in Southwest planes (presumably cleaned up of the spilled drinks and crushed pretzels). Along with the branded tin and caseback, this is very much a Southwest watch. And, just as Southwest gives you low prices for airfare, these watches are quite affordable as well – $159 in either size.

Now, if you’re not a Southwest fan, this obviously isn’t the watch for you. For those who really enjoy the airline, and fly on it a lot (or at least, used to), I think that’s who theFossil X Southwest is really aimed for. If that’s you, just head on over to fossil.com order your own.