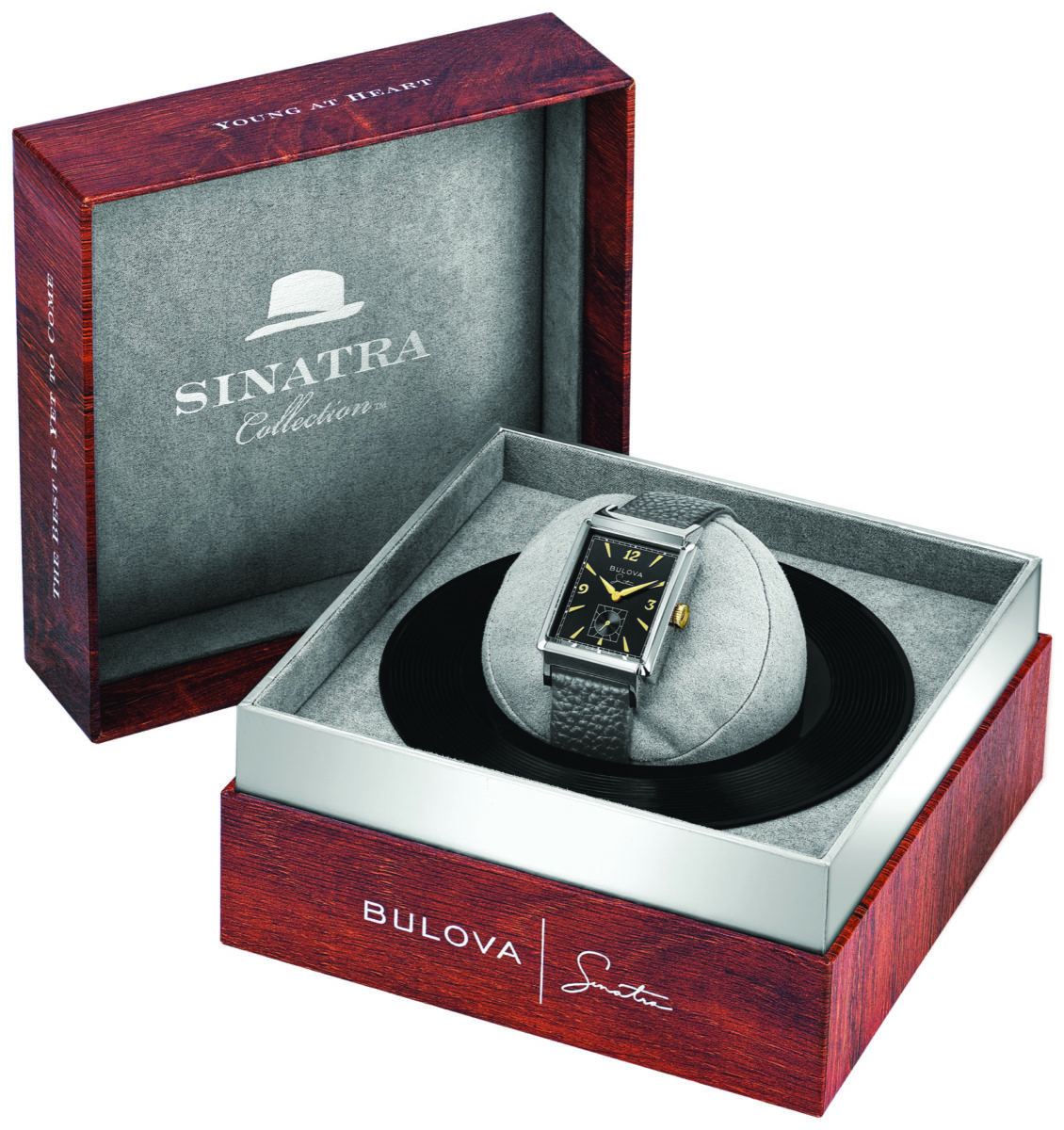 If you’ve been following along with what Bulova has been doing, you’ve likely noticed that they’ve got ties into the music industry. Most prominently, that’s with their partnership with the Grammys. Now, one of their latest partnerships is taking the form of the Bulova Frank Sinatra collection.

At first, you might be tempted to just dismiss this as a simple marketing ploy (ie, who could pay the most to the Sinatra family for the rights). I can’t say that there wasn’t a bidding war, but Bulova does have some history here. They were the primary sponsor of the The Frank Sinatra Show in the 1950s, and apparently ol’ Blue Eyes was known to wear Bulova as well.

The Bulova Frank Sinatra collection is made up of four different designs with varying case shapes and color schemes. The ones that seem the most period-appropriate to me carry the name ‘My Way’ – that’s the tank-case watch you see up above. Regardless of the case and dial finish (two options) both are powered by the Miyota Caliber 1L45 and have gold-tone accents on the dial.

Next up, you’ve got the ‘Best is Yet to Come’. This is a modern take, with a 40mm case and honeycomb bracelet. This design also has Sinatra’s autograph prominently displayed, capped by his trademark hat. If the quartz in the first watch disappointed, you’ll be happy to know that this one features the Sellita SW215 manually-wound movement.

If that prior one felt a bit too modern, then perhaps you’ll like the more-vintage direction that the ‘Fly Me to the Moon’ takes with its 39mm case and fluted dial (ala cocktail time, a fitting nomenclature here). As with the prior watch, you’ve got a mechanical movement, albeit the Miyota 8215 automatic, which you can see through the exhibition caseback.

Last, but certainly not least, you’ve got the ‘Young at Heart’. This one seems the most fitting to the collaboration, given the TV-style case used here. Sure, Bulova calls it a tonneau, but it really looks like an old TV set to me. Here again that Miyota 8215 makes an appearance (showing the versatility of the movement).

Aside from the obvious cues on the dial, the Sinatra “stamp” shows up with a fedora on the crown, as well as the song titles on the caseback and inside portion of the strap. Whatever your particular watch design tastes are, if you (or your dad, with Father’s Day coming up) is a Sinatra fan, there should be a watch that grabs your eye. The Bulova Frank Sinatra collection is available at a variety of price points, ranging from $495 to $1,350. Just be patient, as the full collection will be available later this year (I was only able to find the ‘My Way’ on their site). bulova.com