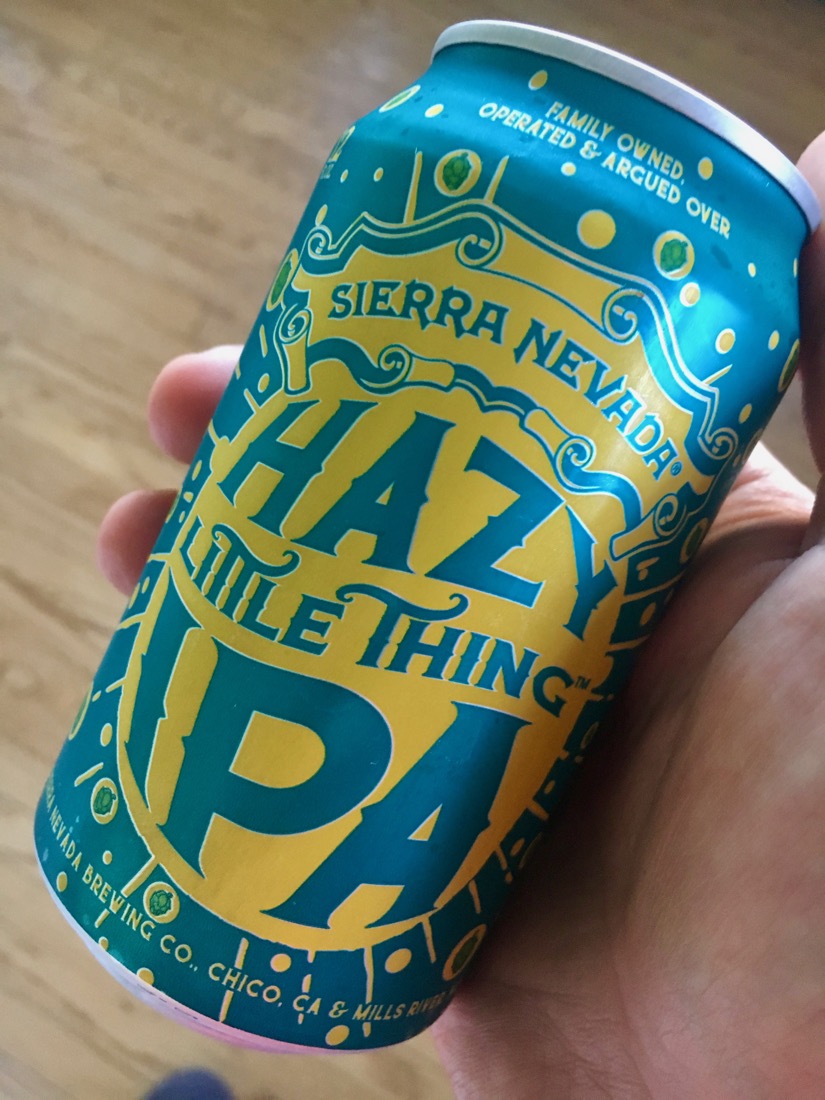 Today, we’ll be talking about a beer that has been popping up on Instagram quite a bit as of late, and one that I was pleasantly surprised by. You see, I’ve not been terribly impressed by what I’ve had from Sierra Nevada in the past. I had picked up a sampler from Costco, and what it contained was just “ok”. Nothing I’d think of buying again. So, when I was at the store and saw the Sierra Nevada Hazy Little Thing at a good price (under $8 if I recall), I figured I’d give the brewery one more chance.

It’s fortunate for my tastebuds that I did take that chance, because the Sierra Nevada Hazy Little Thing is easily the best thing I’ve had from them. Sure, I’m partial to IPAs these days, but that sampler had some in there – they just were not anywhere near as good as this one. In fact, I’d say it would be a good one for someone who’s unsure of IPAs to try out. As I noted in my tasting, this is way less bitter than you’d expect (especially for something with a 5-hop cocktail), and the IBU rating (35) confirms it.

This leaves you to pick up an almost berry-like citrus flavor up front, that fades back into a more expected (at least for me, seeing the Citra hops in the mix) citrus-like flavor. As to the haze heads, the Sierra Nevada Hazy Little Thing will definitely keep you happy there. The brewery’s own notes state that there’s not filtering, it’s right from the tanks into the cans. For me, I felt this was a good mixup to what I might normally grab at the store (particularly if headed over to a gathering), and is definitely a (hazy) ray of sunshine for Sierra Nevada. Overall, I give it a 3.5 / 5 – better than the middle of the road, for sure, but not something I’d say is a permanent fixture in the fridge. sierranevada.com