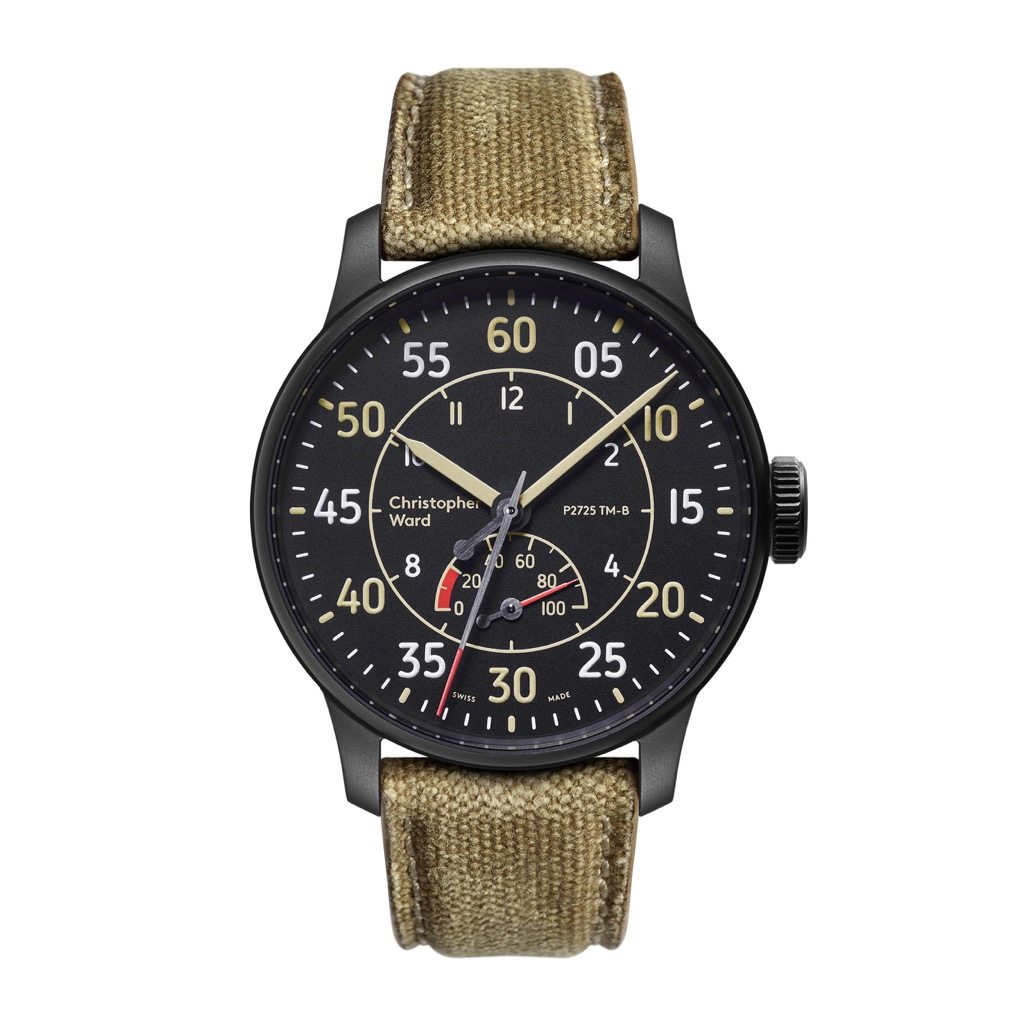 “This was their finest hour.”

Celebrating the 100th anniversary of the Royal Air Force, Christopher Ward commemorates what Winston Churchill envisaged would be the RAF’s proudest moment. This limited edition run of 100 watches is built from a heroically doomed RAF Hawker Hurricane that defended Buckingham Palace during the Battle of Britain. 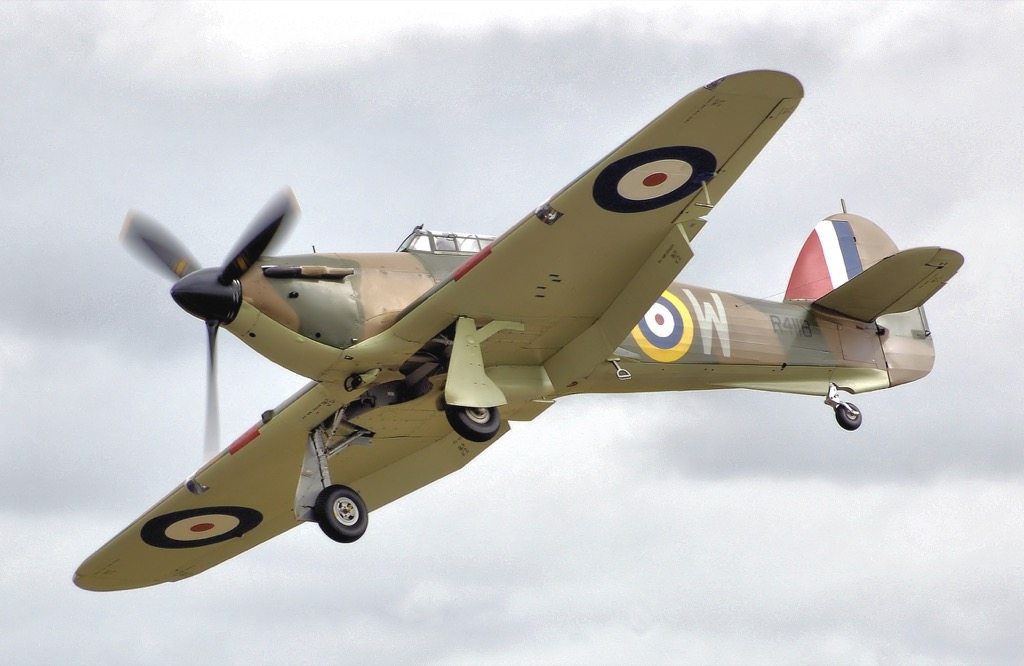 It was September 15, 1940. Deep in the midst of almost four months of aerial fighting over the British Isles, RAF Pilot Flight Lieutenant Ray Holmes flew his Hurricane fighter, serial number P2725, over the skies of London:

On that day, having intercepted a massed raid on central London by German Dornier bombers, Flight Lieutenant Ray Holmes noticed one enemy raider heading in the direction of Buckingham Palace. With P2725 out of ammunition, quick-witted Holmes, rammed the Hurricane into the German bomber. This action sliced through the fuselage with his wing and forced it to crash-land on the forecourt of Victoria railway station. Holmes’ Hurricane was also mortally damaged and, after he safely bailed out, P2725 nosed vertically downward, burying itself deep into the ground beneath Buckingham Palace Road.

Some 65 years later, TMB Art Metal excavated P2725, and now a piece of the aluminium piston (not aluminum, you silly Yankee) of the Rolls Royce Merlin engine is displayed under each sapphire case back of the Christopher Ward C9 P2725 TM-B. A red dot on a laser etched map of London shows where P2725 crashed. It’s a neat touch of history, but unfortunately it hides the automatic ETA Valgranges A07.161 from view. 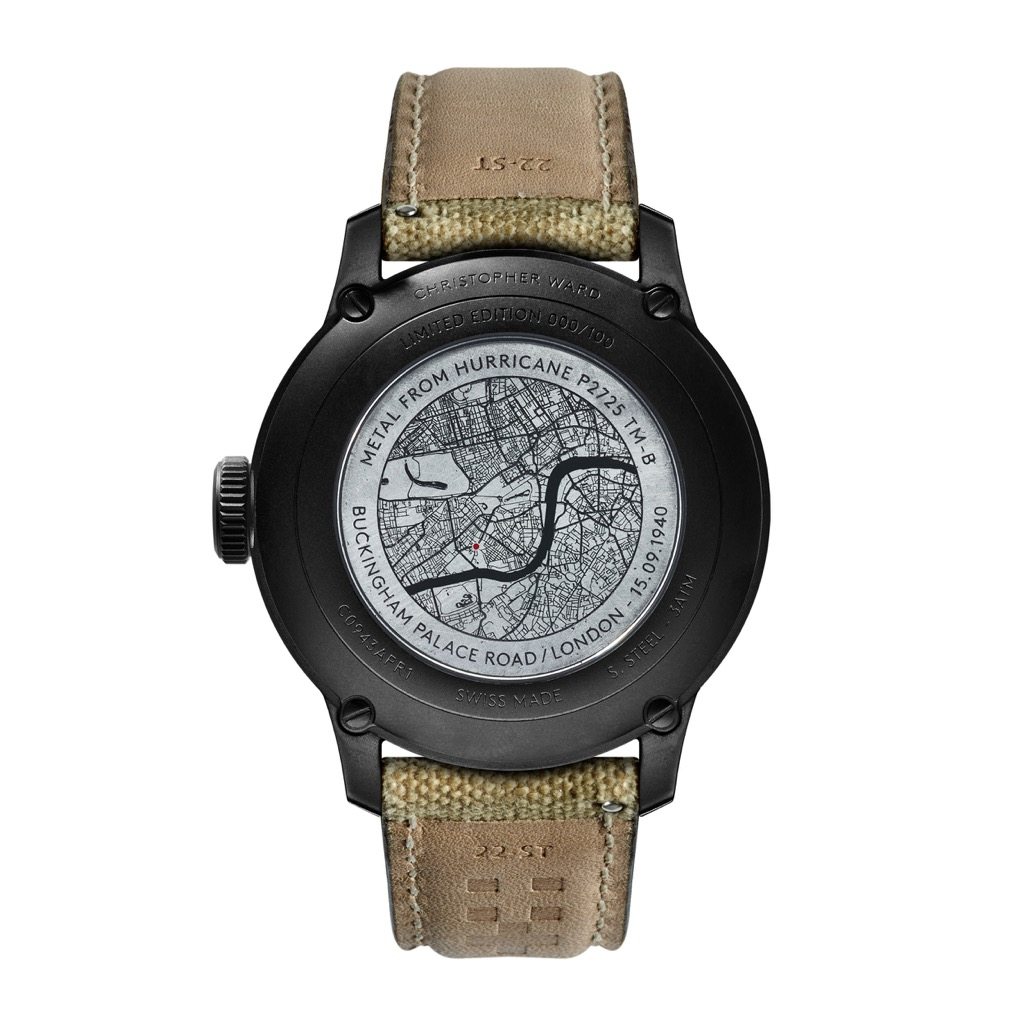 The dial side looks like it was torn out of the cockpit of a Hurricane fighter, with san-serif numerals and vintage-y yellowed SuperLuminova on half the minute numbers (the other half get white lume). A 12-hour dial sits just inboard of the minute track and a fuel gauge-inspired power reserve indicator is nestled inside the hours. Like the case, the hands are black brushed gunmetal with some more of that old-timey SuperLuminova and a red-tipped seconds hand. 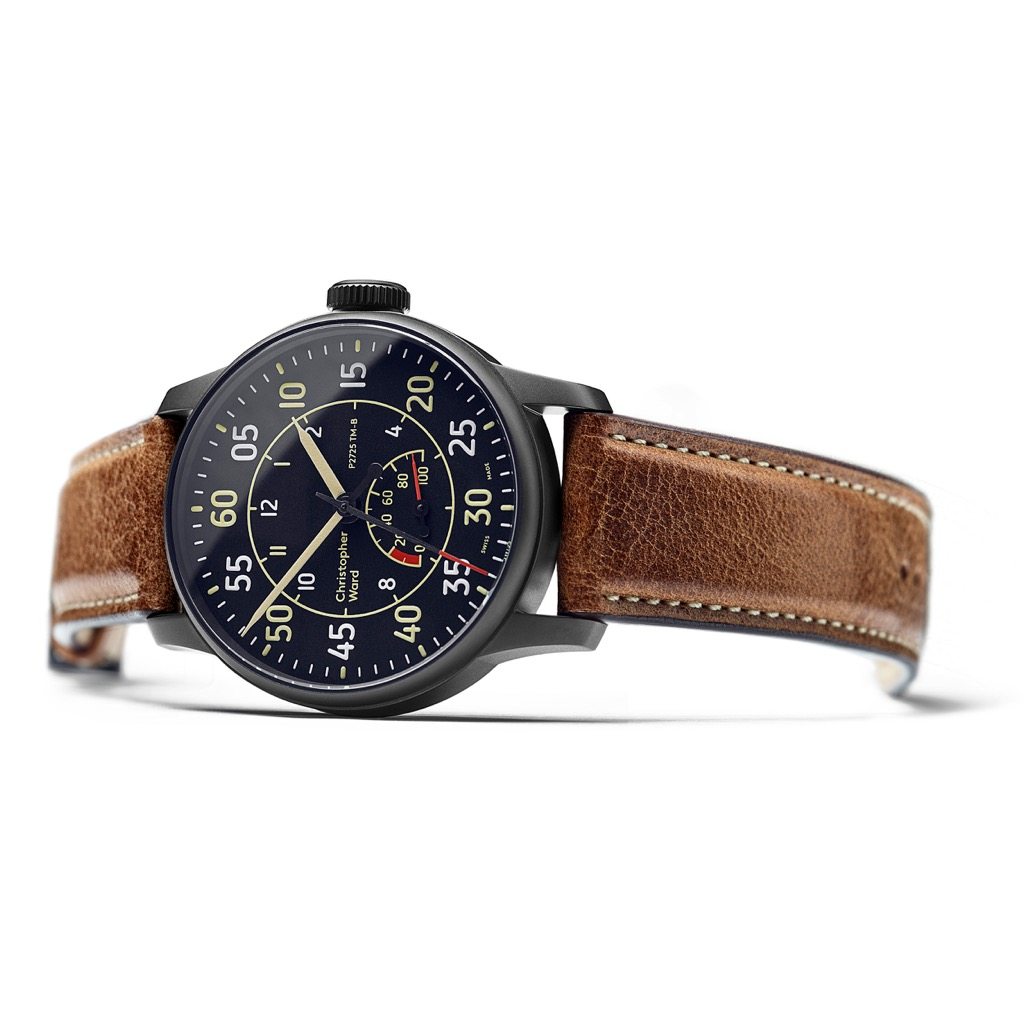