For Star Wars Day, you can get a Citizen 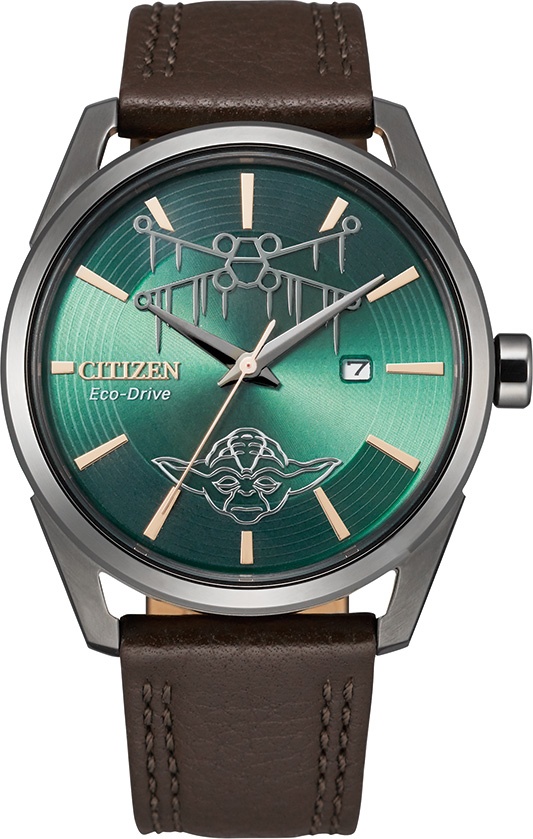 While I won’t say that Star Wars as much of a cultural touchstone for me growing up (we were more of a Star Trek house, but I appreciate both franchises), I totally don’t mind celebrating Star Wars Day (you know, May the Fourth). And, if you want a watch to commemorate the day – particularly on the 40th anniversary of Empire Strikes Back, Citizen has you covered.

If you like the idea of training with Yoda in a swamp then the you’ll of course want the Dagobah edition. Tucked into a 42mm case and mineral crystal, you’ve got yourself an Eco-Drive movement, and a green dial featuring Yoda’s head and Luke’s X-Wing. No word on if it reminds you to “Do or Do Not – there is no try”. Also worth noting is the 100m WR rating (in case you fall in the swamp); it’s available directly from Citizen for $275.

On the other hand, if the scene of Han Solo being frozen in carbonite is what sticks with you, then the Bespin Edition is the droid you are looking for. Again, you’ve got a 42mm case and mineral crystal, but a grey IP coating calls to mind that carbonite. The dial itself pulls from the cryo-chambers, and of course you’ve got the blue and red lightsabers to mark that iconic duel. The Bespin edition comes in at $375, again, direct from the brand.

Given how much of our cultural mindshare has been taken up by Star Wars, it’s almost shocking to realize it’s been 40 years since Empire. Of course, over those years, we’ve had plenty of commemorative watches, but I think the Citizens are one of the first with a real star angle. You know, the EcoDrive movement powered by that star we call the Sun? Anyways, have a great friends, and stay safe out there. You can see these watches, and others in the collection, right here: citizenwatch.com