Seeing through the Ciga Design Z-Series 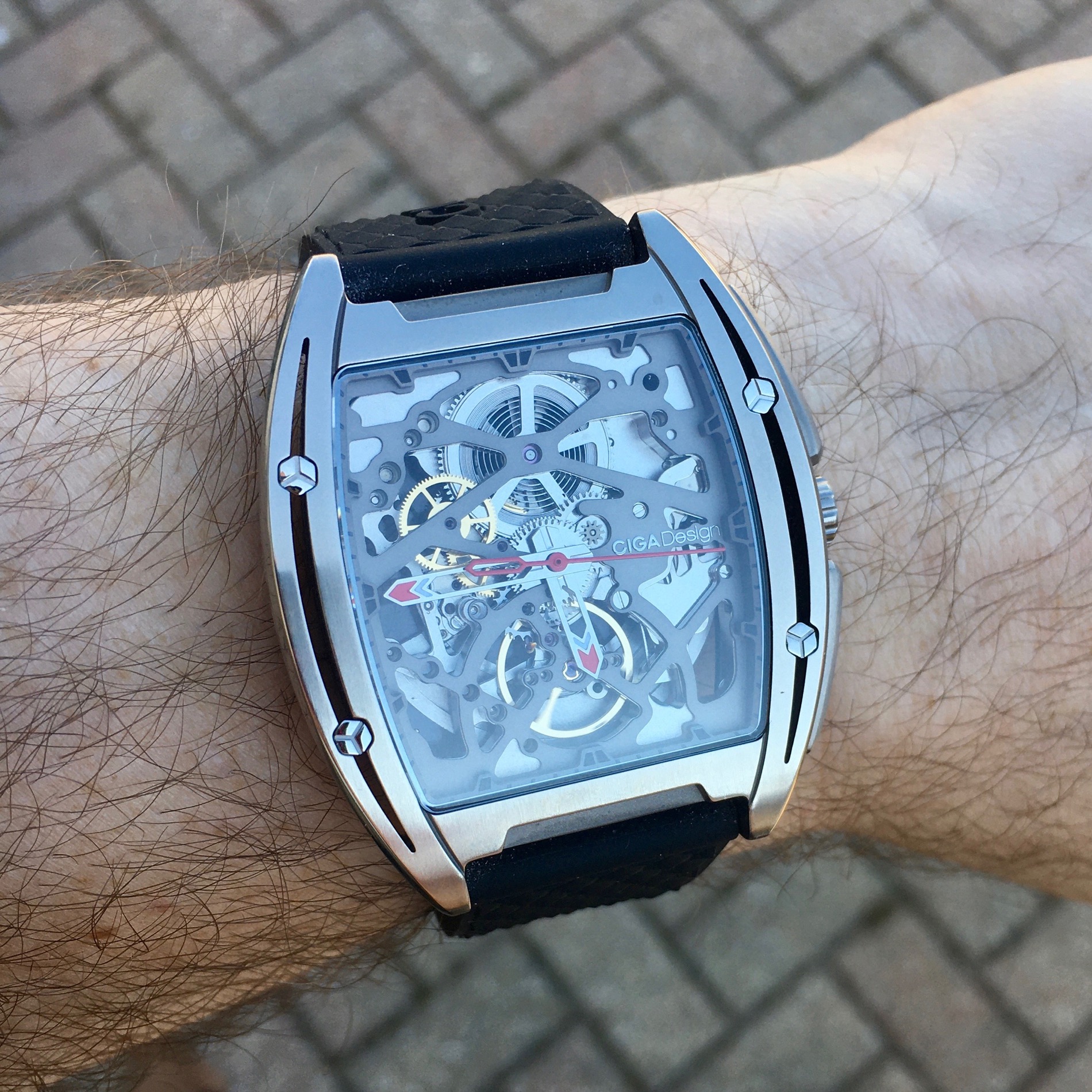 I seem to be on a bit of a titanium tear as of late. Sometimes I guess it just works out that way. Not that I?m complaining – titanium is light and strong, and works quite well for a watch case. One of the latest of these to spend time on my wrist was the Ciga Design Z-Series.

If you recall, the Ciga Design Z-Series was a watch we covered while the crowd-funding campaign was running (link) that looks more than just a little bit like a budget take on a Richard Mille. The big thing to consider with a watch of this sort is just how well the skeletonization is done. Done poorly, it can lead to an unreadable watch; done really well, and it enhances the design rather than detracting from it.

Here, I think the Ciga Design Z-Series falls somewhere in the middle. What I mean is that it doesn?t look like a mass-produced clutter (I?ve reviewed some of those), but it?s also not the most elegant interpretation. Yes, you?ve got a slightly darker ?plate? making up the dial surface, through which you can see the parts of the movement. I do like how there are bosses around the edge of the dial to indicate the hour indices, but unfortunately the handset just does not have enough paint on it.

The skeletonized the handset of the Ciga Design Z-Series to go with the theme, but in my opinion, too much material was removed. While the red helps a little, it?s just not enough in comparison to the grey tones that are predominant in the watch. That left even less room for the luminous paint, which made for hands that were difficult at best to tell apart in the dark.

Given how much of the movement you can see (in this case, it?s from Seagull) you don?t get the feeling that the case is oversized in relation to the movement size. This is helped by the fact that you?ve got an inner case, and then some stylized ?bumpers? with a gap between them. While the curved sapphire crystal up front is nice, for me, the star is the one on the reverse side. For whatever reason, I was not expecting the squared crystal in the caseback, and I really liked the view it gave you of the rotor and the movement. Like the case design itself, it?s just different enough to set the watch apart.

As you might suspect, wearing the Ciga Design Z-Series is a breeze. On the included rubber strap, the 73g weight just about disappears on the wrist, and the 12.3mm thickness means it slips easily under a cuff. While it?s fun to look at, you?ll be taking more time to get a ?quick? time check than you might like (at least, that?s my take). However, if this is one that grabs your attention, all the more power to you. You can pick up your own Ciga Design Z-Series directly from the brand for $269. cigadesign.my