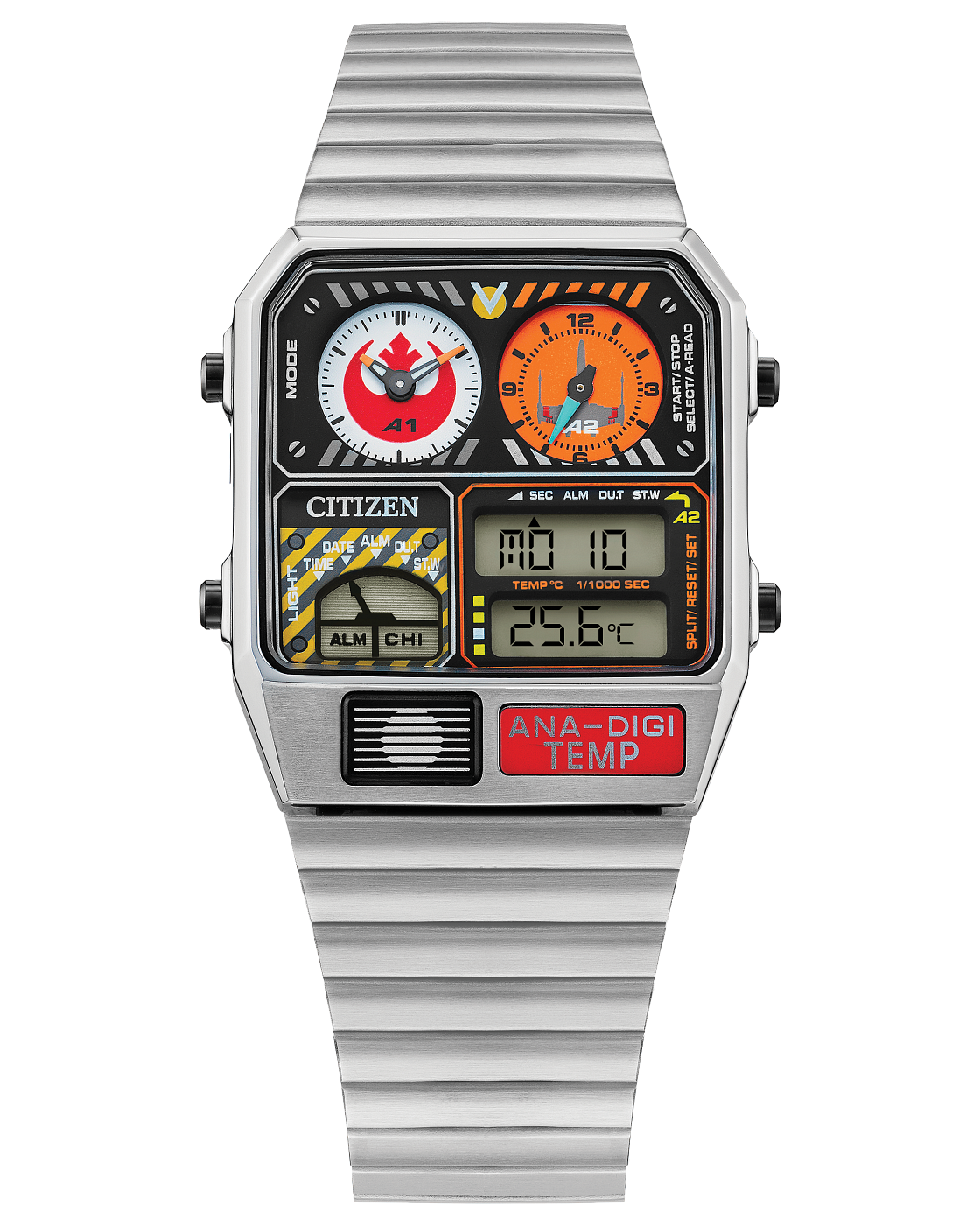 Star Wars is as much a space opera for kids who grew up with it on Disney as it is fond memories for Gen Xers. Citizen is capitalizing on this by putting Star Wars Rebel DNA into a period-perfect Ana-Digi 1980s watch. How does any of this make sense? Bear with me.

Some of the hallmarks of the Star Wars movies are orange and white flight suits, a red trident logo out of a circle, and icons of the major ships used – the iconic X-Wing and Tie-Fighters.

Citizen has two models here, one in stainless steel, and one in black, nicknamed the Trench Run, for the climactic scene in the first Star Wars movie, where Luke Skywalker pilots an X-Wing while chased by Tie-Fighters through a trench in order to fire through an exhaust port to destroy the core of the Death Star. Spoilers, if you haven’t seen it.

The watch has dual time zones at the top, an alarm, temperature sensor, stop watch functions, and of course, the day date calendar. The Rebel Pilot in stainless steel is $350, and the black Trench Run model is $375. If you want to re-live your youth, or just be GenX cool, check it out at citizenwatch.com.