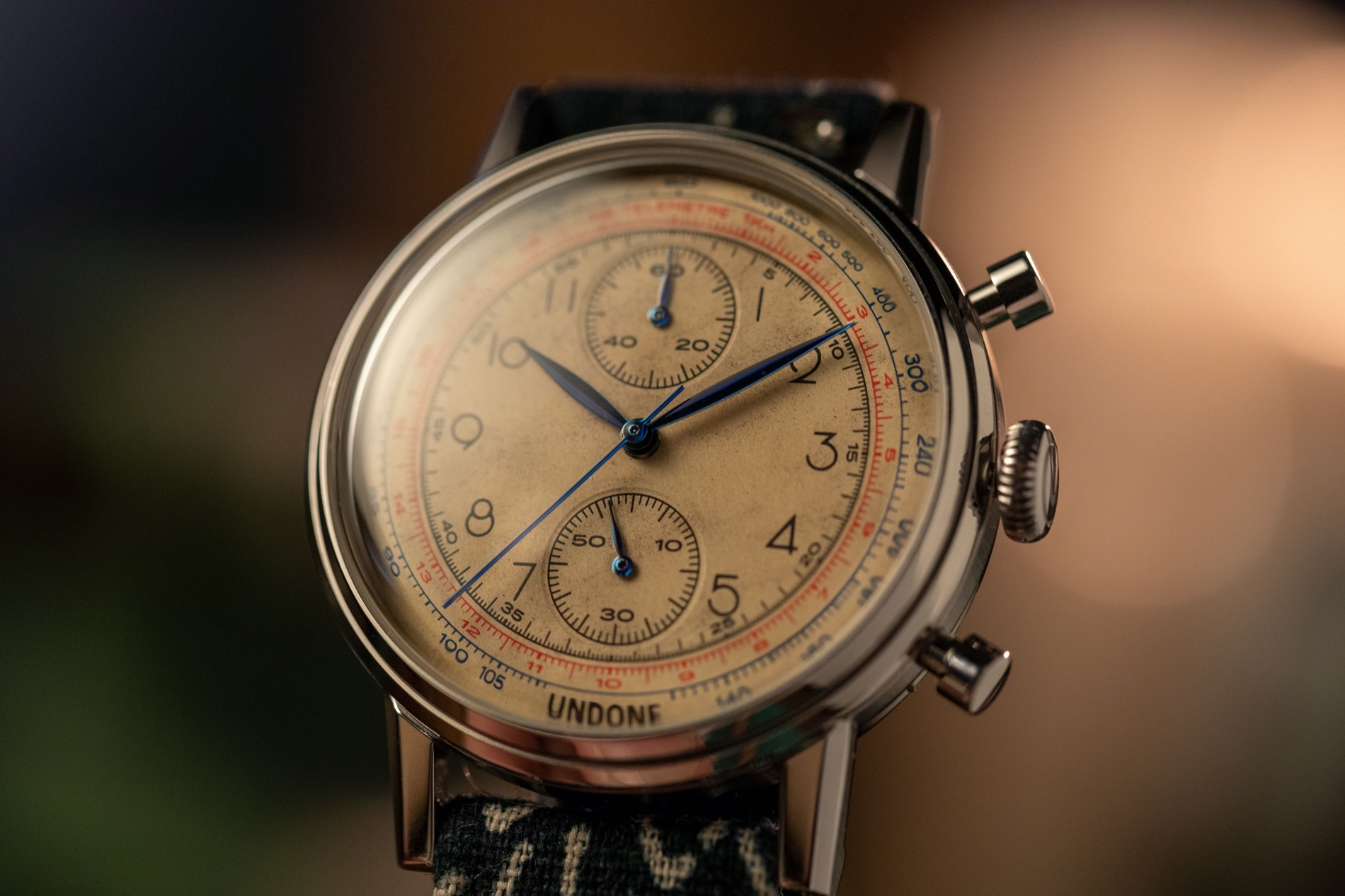 Back in 2020, we brought you word of a new version of one of Undone’s more popular designs, the Vintage Killy. While that one was a smaller version, this time around, they’ve adjusted some details to make the Undone Vintage Killy: Designer’s Draft Edition look, well, even more vintage.

On one hand, the Undone Vintage Killy: Designer’s Draft Edition is very recognizable, given the popularity of the overall look that Undone has come up with. As compared to the original, though, there are two significant changes. First off, the dial has had an antiquing applied to it, so it looks like something that is a good bit older than it actually is. As to whether or not you prefer that, that’s your call. I know the forced patina can be divisive, but I say if you like it, go ahead and embrace it.

The second vintage feature on the Undone Vintage Killy: Designer’s Draft Edition is really, truly vintage. That would be the Katazome fabric used on the straps of the watch. Here’s how the brand describes it:

Katazome is a Japanese method of dyeing fabrics using a resist paste applied through a stencil. The stencils used are called Katagami, with its origin stretching as far back as the 8th century. Every Katazome fabric strap – sourced from Meiji-era Japanese Katazome fabric that’s more than 150 years old – on the Vintage Killy: The Designer’s Draft Edition is different,

Realistically, the strap of the Undone Vintage Killy: Designer’s Draft Edition is the big star here, and (I’m guessing) why it’s limited to 150 pieces. That said, for the mecha-quartz chronograph, you’ll only need to bring $395 to put a piece of truly vintage fabric on your wrist (or go for the original at $269). undone.com