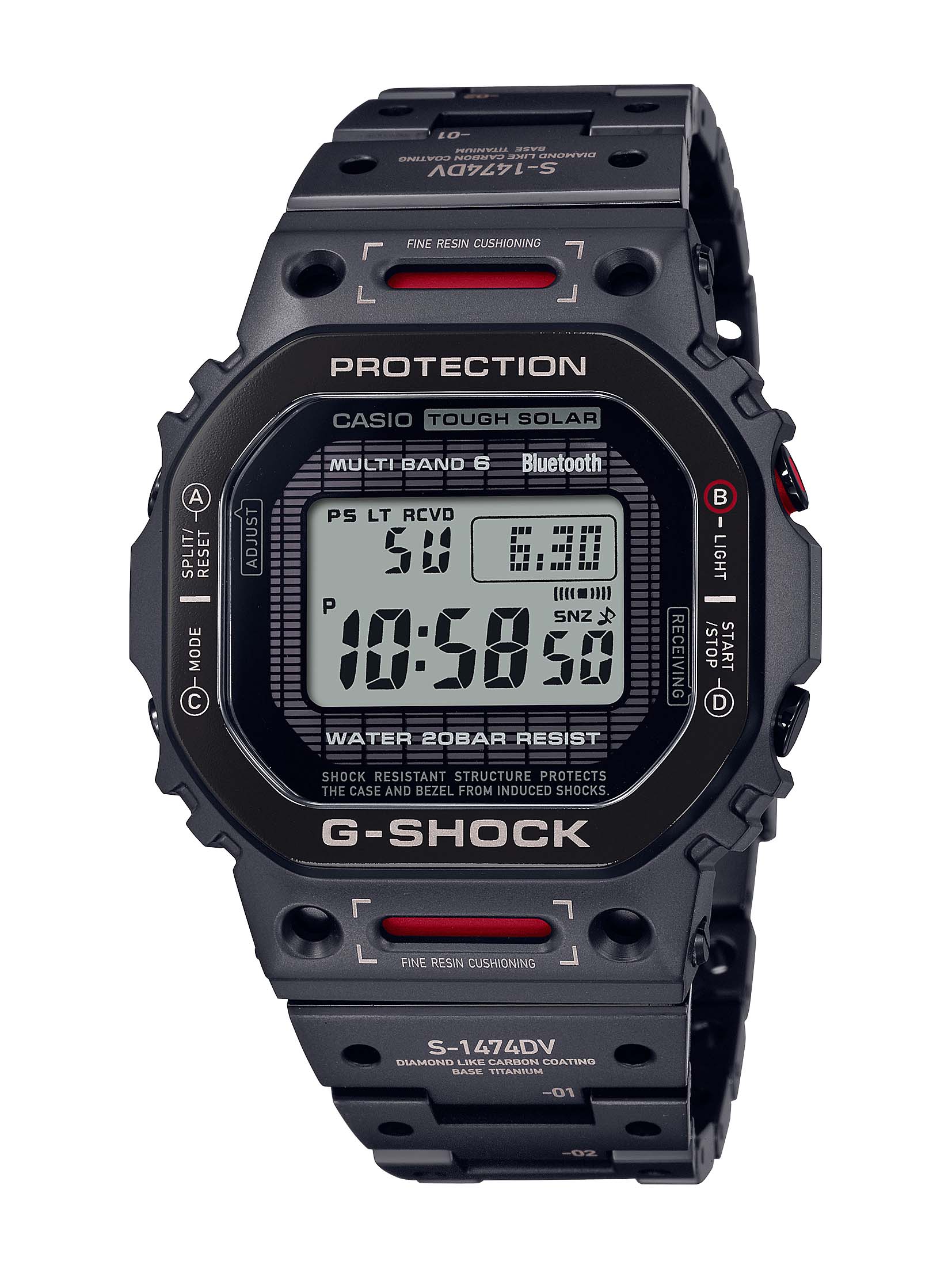 Ok, let’s get the obvious jab out of the way – having nothing but a 12-character model designation for your watch is never a good idea, except to get the collectors all excited about yet another cryptic reference to memorize and file away for future reference. For us regular joes, it’s a titanium-encased G-Shock that dresses itself up for the SciFi con.

By that, I mean the G-Shock GMWB5000TVA1 has it’s specs printed all over it, and calls out things that you see (say, like the red resin shock absorbers near the case on the bracelet). In other words, it’s like all those vaguely-military ships and space suits we see in shows and games (and they do say the watch is inspired by VR, so presumably there’s some VR title). Aside from that printing, the printing around the LCD display puts me in mind of a spaceship as well (perhaps all that Star Wars I’ve been watching as of late).

I suppose the titanium of theG-Shock GMWB5000TVA1 is a bit of a futuristic feel as well, and it does keep the weight down while protecting the guts of the watch. Speaking of – in it, you’ve got tough solar charging (always a fan), atomic time syncing (again, a fan, as my own personal G-Shock has it), and then a bluetooth connection to your phone. That last one feels like they could have skipped the atomic sync, but whatever. These days, if a G-Shock can connect to my phone so make it easier to set it (and remember where the functions are buried) all the better.

Now, for the not so great news. At the moment, G-Shock only shows one of these in stock, and that’s at the price of $1,650. So, yeah, jumping to the future ain’t cheap. However, if you like the looks and style, they do have some other versions (at prices about a third of this one), so hope need not be lost. Check it all out over at gshock.com

G-Shock’s 40th has sent up flares