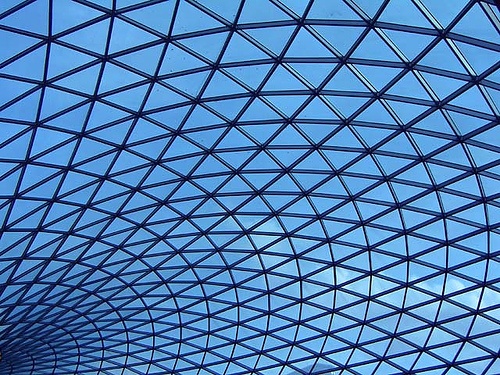 Welcome back to our weekly installment, Watching the Web, where we have a quick look at some interesting watches and articles that have popped up over the last week, as well as taking a second look at what some of our more popular articles this week were. Today, we’ve got a crowd-funded watch horror story, and a watch packing a flashlight. After those, we’ll highlight (as usual) some of our more popular posts from the last week. Read on to see what we’ve got in store for you. When it comes to crowdfunding, there are no end of projects clamoring for your attention and money; we feature quite a few of these with some regularity here on WWR as well. Fortunately it looks like everything we’ve had on our pages have been on the up and up, but of course, with as many platforms as there are out there, and the volume of projects, there are some shady ones that will sneak through. Back in June, a new project popped up on Indiegogo for the Kreyos smartwatch, which was supposed to offer voice and gesture control, and a seven-day battery life, all for the low price of $100 for early backers. Sound too good to be true? It’s looking, at this point, to be the case. While some early units are making their way to backers, performance has been less than admirable. For the full horror story, check out Gizmodo’s writeup. For our part, we will do our best to avoid these sort of obvious money grabs – and if they do appear here, we plan to call them out for what they seem to be. While one can certainly strive for simplicity in the watch they strap on their wrist, one can also head over to the other end of the spectrum and jam as much as possible into a watch (ala the Recon6 Survival Watch). When it comes to jamming in these sorts of “extras”, though, they tend to be very purpose driven. That is definitely the case with the latest from Luminox and Surefire, the Luminox Surefire 2211 Wristlight. This is a watch that categorizes itself as a tactical wristwatch, intended for use by people actually going into tactical situations (ie, the police). The integrated flashlight has three output levels (15/60/300 lumens), and the quartz-driven Luminox module finds itself equipped with tritium tubes for low-light visibility. For the the full rundown on the watch/light, check out the article over at aBlogtoWatch. Now, lets turn our attention back to our own pages.  First up, we’ve got a review that I’m not surprised proved to be popular, as it’s one of the most amazing dials I’ve had cross my desk in the last year – the JeanRichard Aquascope Hokusai.  The Aquascope is JeanRichard’s aquatic entry in their lineup, and it’s fitting that we’ve got a pattern pulled from the “Great Wave” painting that I am guessing most are familiar with.  Even if you don’t plan to pick one of these up, if you have a chance to see it in person, make it a point to do so – it is that impressive of a dial. Next up, we’ve got a watch that’s impressive for a totally different reason – put simply, it’s massive.  This entry from Aegaon is the first time I’ve seen a watch hailing from Estonia, so it was with great interest that I dug into the details.  Being as the case comes in at 65mm, though, I don’t know that this is one that would grace my wrists, as it just seems entirely too large.  It’s an attention-getting first time out for the brand, however, and they are going with some interesting movements to boot.  I’ll be interested to see how the campaign plays out. And last, but not least, a question: do you have your entries in for our current giveaway? August marks my three-year anniversary with the site, so we’ve got a three-watch giveaway for you this time around. Head on over here to get your entries in, as it will be ending at midnight tomorrow.

With that, we’ll wrap things up. As always, if there’s something you think we should be covering, feel free to drop us a line. If you bring something up that we end up writing about, we’ll be sure to tip our hats (electronically, if not literally) in your general direction.

Pictures courtesy of the source site