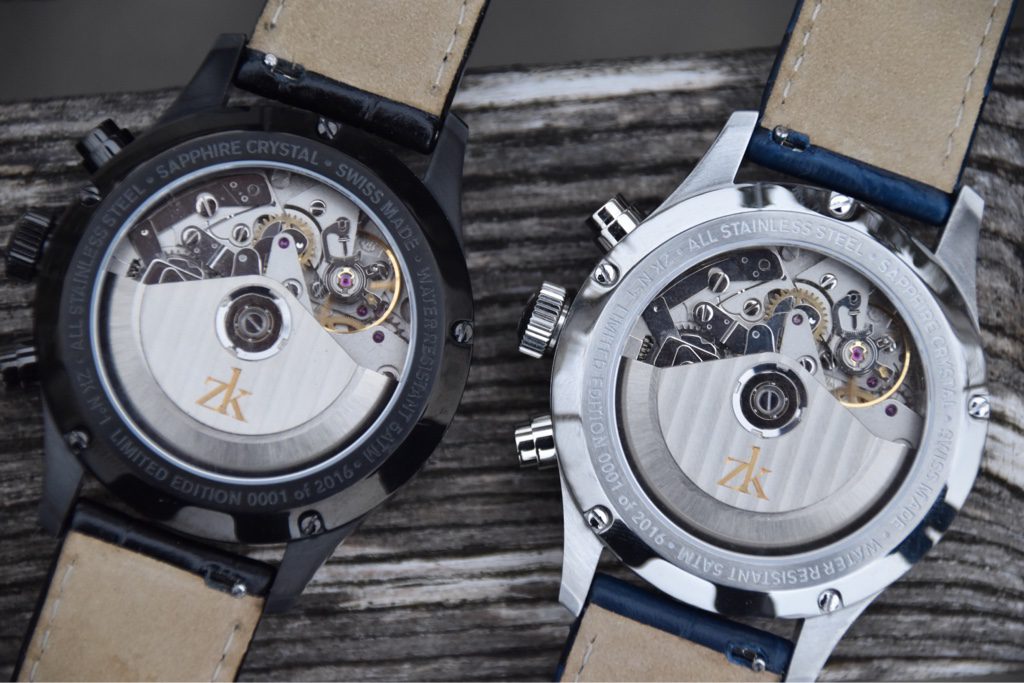 When we announced the first release from Zahnd & Kormann—a Valjoux 7751 automatic chronograph at a fairly reasonable price—we celebrated that “all it takes to start a watch company these days is to be a couple of thirty-something guys from Switzerland. Or Australia. Or anywhere in between. And that is fantastic.” And it still is fantastic, but it turns out you need one more thing: Kickstarter backers. Zahnd & Kormann took in a respectable CHF 70,242 (roughly equivalent in USD) on their first try, but fell far short of their hugely ambitious CHF 375,000 goal. Now, they’ve set their sights a bit lower, added some perks, improved the watch, and dropped the Early Bird price from CHF 1,200 to CHF 949 (the Super Early Bird CHF 899 deal was sold out, but seems to be back). That takes this watch from “good deal” to “steal of a deal.” 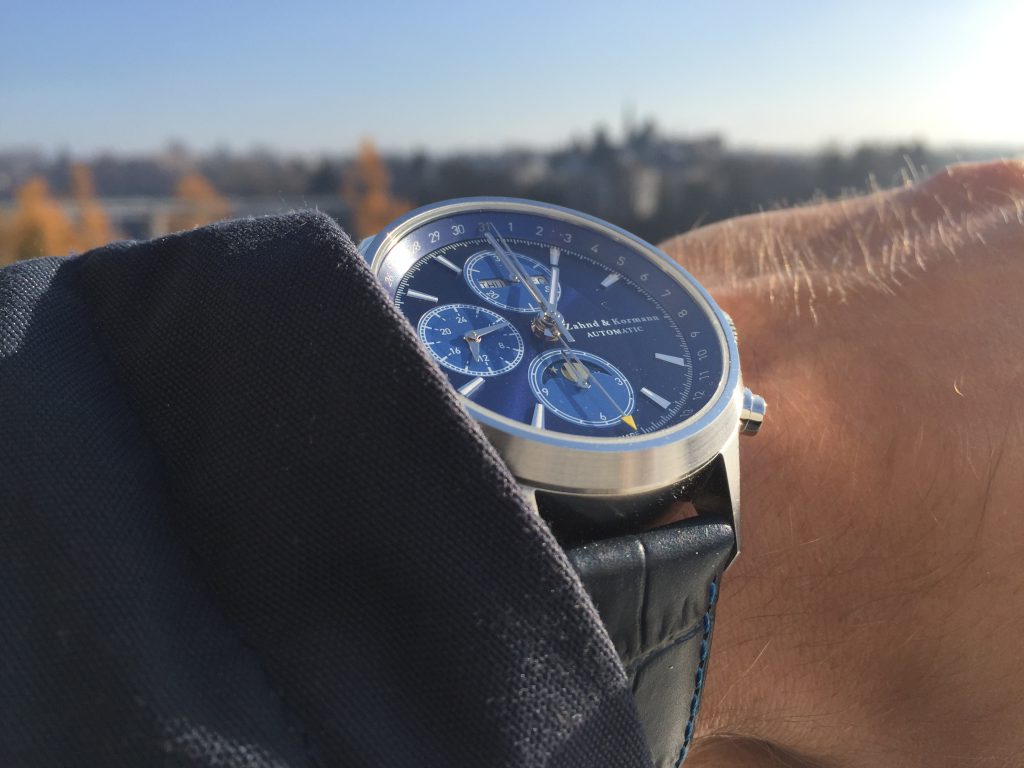 The watch remains basically the same: The classic Valjoux 7751 with moon phase, full calendar, and 12-hour chronograph, with a 24-hour hand (not a second time-zone). There are some changes, however – the movement is now a decorated top-grade version, and they’ve also doubled the water resistance to 100m. Check out the in-depth preview here for all the details that haven’t changed. 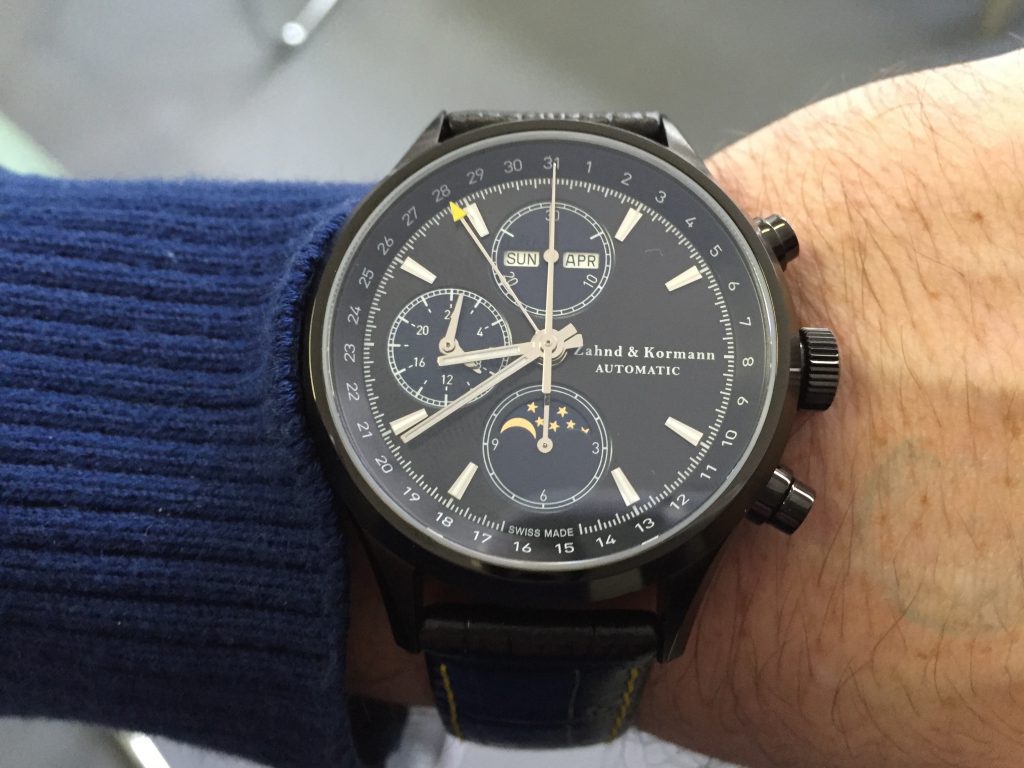 All that adds up to a killer deal—if the watch delivers on what the specs and pictures promise. That’s the hard part about Kickstarting with a chronograph; any new Kickstarter involves a leap of faith for backers, but when that leap is nearly four figures it’s too big a jump for many to take. But with a track record of pulling in CHF 70,242, Zahnd & Kormann might be able to attract enough pilgrims to make this voyage work. In fact, they were more than halfway to the promised land after the fist day of the new campaign; project closes out on May 24th. kickstarter.com