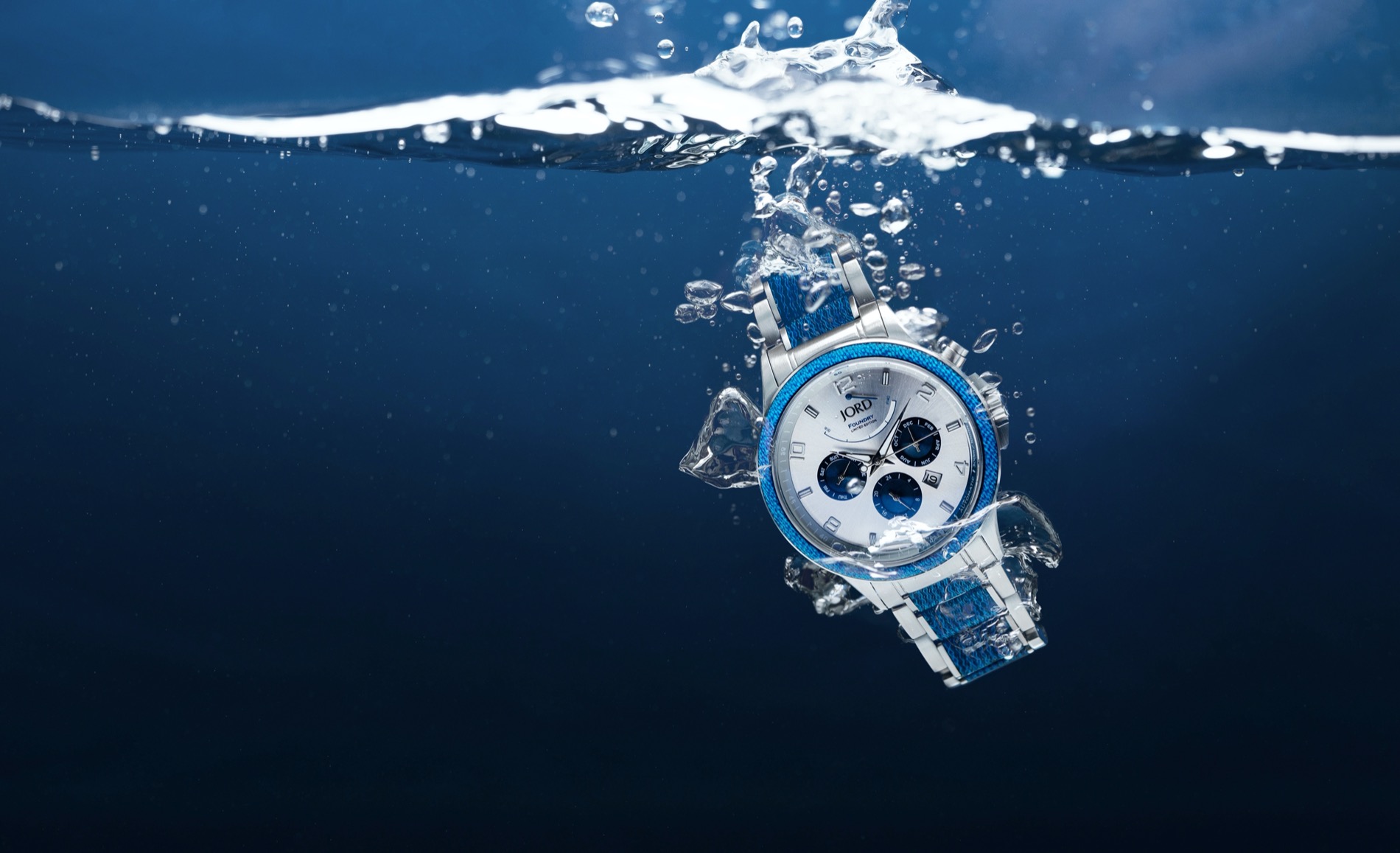 As we’ve mentioned, it’s hard – especially now – for a watch that hits Kickstarter to stand out. Many are just average, and many more are just plain bad examples kit-bashed, badge-engineered “designs” that were slapped together from a catalog. Then you have something like the Jord Foundry, which really does stand out from the crowd.

TheJord Foundry accomplishes this by it’s use of a material that they’re calling RIST Thermoset. Basically, they’re sandwiching thermoset resin and fibers together in layers to form a block that is then carved and cut up to the shapes that are needed; primarily, the bezel of the watch and the center link of the bracelet. The way these blocks come together, it puts me in mind of Fordite, and creates some rather unique patterns. Unlike the paint-based Fordite, the brand can control the appearance a bit more with the colors they layer in, and how thick they make the layers.

They’ve got four different looks out of the gate for theJord Foundry, and I imagine if it’s popular, they’ll end up coming up with other color combos as well. Aesthetically, this new material is quite intriguing. For the dial of the watch, while it looks like it’s maybe a chronograph, it’s not. It’s got a Miyota 9100 movement in there, which means you’ve got calendar indications – day of week and month, as well as a 24-hour indicator (linked to the main time) and a date window, and a power reserve indicator up at the top of the dial. It’s a lot to jam in there, but it all fits without cutting off any numerals. I suppose that’s one advantage of a case being much larger than a movement requires.

Given that theJord Foundry is showing up on Kickstarter, and it features a Miyota movement, you’re probably expecting it to easily hit the sub-$500 mark. Well, apparently this thermoset material is bumping costs up (as well as the cedar “valet” case for the watch), as earlybird pricing starts at $650. If you’re feeling particularly creative, you could opt for the $1,800 package that gets you one of the first four designs, plus the ability to help craft the next color combination that they’ll be offering (and you’d get one of those as well). As of this writing, the watch has just hit it’s funding goal, so we should be seeing these produced and shipped in December. Check out the full camaign over at kickstarter.com